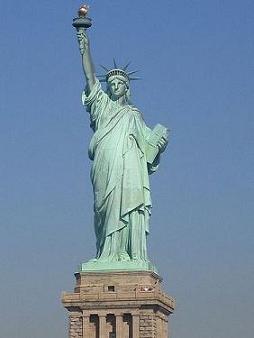 The modern roots of individual rights and freedoms are founded in Biblical Christianity which has been historically recognized as the foundation for the development of both the rule of law and democratic institutions in the Western world.

A visible fact in these days of moral relativism is the gradual abandonment of the Christian faith and culture.  As a result, the moral foundations for the rule of law have been seriously undermined.

Those who believe that abandonment of Christianity will serve for freedom and the rule of law are blindly ignoring that such abandonment has already brought totalitarianism and mass-murder to several countries, particularly to Germany and Russia.

Any honest analysis of contemporary Western history would have to recognize that no effective legal protection against tyranny can, in the long run, be sustained without the higher standards of justice and morality.

If the future we want for ourselves and our children is one of  freedom under law, rather than absolute subjection to the arbitrary will of tyrants, we will have to restore the biblical foundations for the rule of law;  a foundation that ensures the protection of individuals by God-given liberties, rather than by an all-powerful law-giving government endowed by god-like powers over the civil society.

To be under law presupposes the existence of certain laws serving as an effective check on arbitrary power.   The rule of law is therefore far more than the mere existence of positive laws, as it also requires the state to act in accordance with principles of a ‘higher law’.  The search for such ‘higher law’ implies, however, a moral discussion on what law ought to be.

The notion that law and liberty are inseparable is another legacy of Christianity.  Accordingly, God’s revealed will is regarded as the ‘higher law’ and therefore placed above human law.  Liberty is found under the law, God’s law, because as the Bible states, ‘the law of the Lord is perfect, reviving the soul’ (Psalms 19:7).  People have the moral duty to disobey a human law that perverts God’s law, for the purpose of civil government is to establish all societies in a godly order of freedom and justice.

St. Augustine of Hippo wrote that an unjust law is a contradiction in terms.  For him human laws could be out of harmony with God’s higher laws, and rulers who enact such unjust laws were wicked and unlawful authorities.  In the City of God, St. Augustine explains that a civil authority that has no regard for justice cannot be distinguished from a band of robbers. “Justice being taken away, then, what are kingdoms but great robberies? For what are robberies themselves, but little kingdoms?”

Thomas Paine wrote that “government even in its best state is but a necessary evil; in its worst state an intolerable one; for when we suffer, or are exposed to the same miseries by a government, which we might expect in a country without government, our calamities are heightened by reflecting  that we furnish the means by which we suffer.  Government, like dress, is the badge of lost innocence; the palaces of kings are built on the ruins of the bowers of paradise.”

The understanding of civil government as a result of our sinful condition justifies the doctrine of limitation of the state powers.  It inspired, in both Britain and America, the establishment of a constitutional order based on checks and balances between the branches of government – namely legislative, executive and judicial.

As Paine remarked: “A law is necessarily adjudged cruel if it increases servitude and diminishes freedom, for which human nature always craves.  For servitude was introduced by men for vicious purposes.  But freedom was instilled into human nature by God.  Hence freedom taken away from men always desires to return, as is always the case when natural liberty is denied.  So he who does not favour liberty is to be deemed impious and cruel.”

The rule of law can only subsist if civil authorities are able to respect the hierarchical prevalence of God’s higher laws over state law.  To avoid tyranny, William Blackstone once declared that “no human laws should be suffered to contradict [God’s] laws. . .Nay, if any human law should allow or enjoin us to commit it, we are bound to transgress that human law, or else we must offend both the natural and the divine.”

Samuel Rutherford, a Scottish Presbyterian, developed in ‘Lex Rex’ a consistent doctrine of lawful resistance against political tyranny.  According to Rutherford, if people wish to effectively stay free from such tyranny, they will have to preserve their inalienable right to eventually disobey unjust legislation.  For him, ‘A power ethical, politic, or moral, to oppress, is not from God, and is not a lawful power, but a licentious deviation of a lawful power.’

John Locke, whose legal and political ideas provided legal justification to the 1688 ‘Glorious Revolution’ in Britain, argued that lawmakers put themselves into a ‘state of war’ against society whenever they endeavour to destroy our God-given natural rights to life, liberty, and property.  No government had the right to reduce these basic rights and if they did, Locke argued, “people would be left ‘at the common refuge that God has provided for all men against force and violence.”

Our Founding Fathers acknowledged the principle of lawful resistance against tyranny.  The Declaration of Independence argues that revolution is the last recourse of a free people against ‘a long train of abuses and usurpations’ on the part of government.’ Thus, they justified their actions against a tyrannical British rule on the grounds that God had endowed each human being with natural rights to life, liberty and the pursuit of happiness, which are basic rights that not even the state could take away from them.

If it were not for our Christian heritage, you would not have the freedoms you enjoy today.  And, as pertaining to the politically correct climate of multiculturalism, you would be better served to carefully ponder the words of a great historian, Carlton Hayes who wrote that “Wherever Christians’ ideals have been generally accepted and their practice sincerely attempted, there is a dynamic liberty; and wherever Christianity had been ignored or rejected, persecuted or chained to the state, there is tyranny.”

Source: The Christian foundations of the rule of law in the West: a legacy of liberty and resistance against tyranny by Augusto Zimmermann.  You can read his article in its entirety at this link.