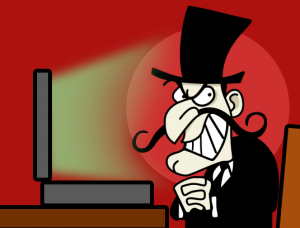 The battle for control of our Nation, the battle against the evils that will destroy us, can only be won if we identify the enemy and expose the tactics they employ.

Louis Michael Seidman, the Carmack Waterhouse Professor of Constitutional Law at Georgetown Law Center, penned an article, Let’s Give Up on the Constitution,  in which he attempted to blame all of society’s problems on our  Constitution.  But then again, what else would you expect from a man who is a communist scholar and major proponent of critical legal studies?

For those not familiar with that genre of critical legal studies,  it is a movement to shape society based on a vision of human personality devoid of hidden interests and class domination. In English,  Professor Seidman teaches Communism.  Supports of this genre of legal studies have introduced ever more fringe studies such as postmodernism, queer theory, psychoanalysis law, aesthetics and post colonialism.

According to Seidman “Our obsession with the Constitution has saddled us with a dysfunctional political system that keeps us from debating the merits of divisive issues which has inflamed our public discourse.  Rather than argue about what needs to be done, we argue about what James Madison might have wanted us to do.  After all, he writes a “group of white propertied men” who have been dead for centuries “weren’t smart enough to write a document relative to today’s situations.”

In other words, Americans should throw caution to the wind and trust our president, especially if he’s a Communist, and other government officials, especially if they are Communist also,  to make all the decisions without Congressional interference or opposition.  After all, “our sometimes flagrant disregard of the Constitution has not produced chaos or totalitarianism…it has helped us to grow and prosper.”

Of course that doesn’t mean we should disobey all Constitutional commands.  “Freedom of speech and religion, equal protection of the law and protection against governmental deprivation of life, liberty or property are important….We should continue to follow those requirements out of respect, not obligation.”  He ended his argument by saying that we “ought to try extricating ourselves  from Constitutional bondage so we can give real freedom a chance.”

I can’t help but wonder what “real freedom” under tyranny would look like! Maybe like the old Soviet Union or Red China?

Our Constitution, drafted at a time when America’s young democracy was in danger of splintering, has not only overseen growth from a weak and scattered collection of colonies but carried us safely through crises that might have broken other nations.

Through its Bill of Rights, the Constitution guarantees freedoms such as speech, religion and assembly, it mandates fair trials, it outlawed slavery and guaranteed American citizens the right to bear arms.   It is a document that represents the highest law of the land, above the statutes and regulations that are approved by our lawmakers.

Just as it did over 200 years ago, the Constitution is what makes us a free people today.  Keeping the Constitution alive, and understanding and protecting it, depends on all of us: When people don’t understand and value their rights, it is easy for others to take them away.

When the government has no dissenting voices challenging its excesses, its power grows unchecked.  Centralized power exalts bad men into tyrants.