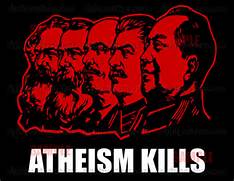 During the culture war of the last fifty some years, Evangelicals, devout Catholics, and moralists have been migrating steadily to the increasingly conservative Republican Party as atheists, agnostics, and moral relativists migrate increasingly to the far left of center progressive Democratic party. This reconstitution of the two parties directly corresponds to the heating up of the culture war. It is no longer possible to understand American politics without understanding the great divide concerning the issue of God.

A new kind of atheism came into existence in the eighteenth century as a result of a reaction against Christianity. Unbelief has always been with us. But a dogmatic denial of the existence of God is almost unique to the West. The fact that the West was once predominantly and fervently Christian and suffered a revolt against Christianity by the intelligentsia has a lot to do with the development of this new atheism.

There seems to be turning point in life for a certain kind of future believer and a similar turning point for the future atheist. God gives to both enough light so they can make a move toward Him. But He does not make it easy and the choice can be agonizing. If one begins to move toward God, one might face a long, difficult road as did C. S. Lewis, a famous writer.  God gives enough grace for that journey, but does not necessarily make it free of challenge or hardship. There may be inexplicable mysteries and tough trials along the way.

When the future atheist comes to the turning point and makes the fatal movement away from God, this will also be the beginning of a long journey. God does not withhold resources from the one journeying away from Him, but allows him to feel the emptiness from the loss of the divine presence. Atheists grieve the loss of the God of their youth. The atheist path and the faith path both have moments of regret and temptation to turn back. Interestingly, the atheist never ceases to construct defenses against God because there is nothing logical about dogmatically rejecting the possibility of the existence of God..

Atheism is negative, reactive and defensive, and dogmatic at heart.  They may use logic as a weapon but they are not creatures of logic. This may have something to with the irrational contrariness of many liberals. In “The God Question” which was made into a two part television program, Armand M. Nicoli’s discussion group was a collection of believers, agnostics, atheists, and other spiritual types. It was easy to see during the deeply absorbed dialog about their journey toward God and their journey away from God, that both atheists and Christians were profoundly shaped by this journey.

I like to call the Western atheists of reaction “Christian atheists.” Their lives have been modeled by their rejection of the Christian God and the long process of sustaining that rejection. Their journey away from God, their building of defenses, and the kind of alternate life they have lived have all been done in the context of their rejection of God. They can never arrive at a place which is merely neutral toward God. The intensity and long continuity of their zeal of renunciation is suspicious. It brings to mind the Shakespearean line in Hamlet: “The lady doth protest too much, me thinks.”

I doubt that genuine fervent atheism, as we have known it, can exist in a God-free vacuum. If no God exists, the question would be a matter of indifference. No one would think of saying in the dogmatic tone “God does not exist,” if indeed, God really did not exist. There would be no encounters with the divine to fight against. It is only if one has been very much drawn to the God who is there, and then turns away, that a dogmatic denial of His existence becomes imperative. The prototypical atheist of reaction is the one who irrationally says, “I hate God, and furthermore, He does not exist.”

Interestingly, God allows atheists to collect and accumulate ammunition to use against Him. He seems to let them go. But paradoxically, atheists cannot let themselves go. The discomfiting thing about atheism is that one can never have assurance of atheism as some Christians have assurance of faith. How indeed can one ever be unshakably certain that there is no God? An atheist must have his guard up against God all of his days. He continues through life to fight a God who apparently is no longer pursuing him. In brilliant contrast, some Christians can lay aside all their anxious fears, doubts, and cares and find a deep rest in their faith.

Christianity is an affirmative and a confessing faith. Christianity has creeds and confessions and puts a special emphasis on personal faith. Creed is a word derived from the Latin credo, meaning “I believe.” Creeds are clear, affirmative, and positive statements about God that are often spoken publically and collectively. “I believe in God, the Father, Almighty Maker of heaven and earth. And Jesus Christ, His only begotten Son of our Lord.” (Opening lines of the Apostle’s Creed).

The church challenges everyone to have faith in God, but insists that the faith must be authentic and sincere.

There must be a distinction between belief and unbelief. Faith is essential to salvation and must not be hedged or equivocated. The divide between faith and unbelief is especially sharp with Evangelical Christianity, which calls all to faith and emphasizes the moment of the new birth. A favorite verse of Evangelicals is “Choose this day whom you will serve. . .” (Joshua 24:15) American Evangelicalism challenges everyone right up front to choose God in a way that older confessional versions of Protestantism do not. The confrontational invitation results in a certain number of “no” choices. As a result, atheism in Evangelical America has a sharp tone of rejection and negativism. The vehement “no” is the mark of the American atheist.

You can read Fred Hutchison’s essay “Faith and Atheism in Politics: The Great Divide” in full at this link.