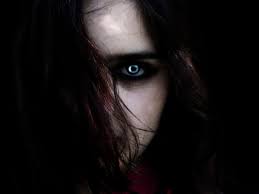 Is there a way to look objectively at the murder of an innocent unborn child as a parental right? And, if we can accept it as a parental right, is the next logical step to project that right onto the state as a protection of society’s greater good?

Once we condone the murder of an innocent unborn child, is euthanasia the next logical step?  And, if we accept an individual’s right to take their own life or to require that the state take that life, is not the next logical progression to project the right of life to the state?

According to Peter Singer and his ilk, taking the life of someone who has not consented to be murdered is okay as long as the motive for taking that life is a “desire” to prevent unbearable suffering. Who gets to decide what is unbearable?   What happens to those suffering from an incurable illness or a child born severely disabled or an older individual who has outlived his usefulness? Could we reach that point where we would no longer consider it evil to take the lives of those incapable of choosing to live or die?  [Peter Singer, Taking Life: Humans]

Don’t believe that could ever happen here?  Who in their wildest dreams could have come up with someone as vile as Adolph Hitler?  Who in their right mind could conceive of the murder of six million Jews, one million of which were children?   Hitler, much like those leftist elites of today,  thought of himself as a deep and profound thinker who knew the key to understanding a complex world. Drawing upon the ideas of social Darwinists, and Darwin’s “survival of the fittest” he believed that a person’s characteristics, attitudes, abilities, and behavior were not only determined by his or her racial makeup, but all of human history could be explained in terms of racial struggle.

For Hitler and other leaders of Nazi movement, the ultimate value of a human being lay not in his or her individuality, but in his or her membership in a racially defined collective group. To define a race, the social Darwinists affixed stereotypes, both positive and negative, of ethnic group appearance, behavior, and culture as allegedly unchangeable and rooted in biological inheritance, immutable throughout time and immune to changes in environment, intellectual development, or socialization. For the Nazis, assimilation of a member of one race into another culture or ethnic group was impossible because the original inherited traits could not change: they could only degenerate through so-called race-mixing.

In Hitler’s eyes, while Jews were the main enemy of Germany, the Nazi ideological concept of race targeted other groups for persecution, imprisonment, and annihilation; groups that included  gypsies, people with disabilities, Poles, Soviet prisoners of war, Afro-Germans, homosexuals, career criminals, the homeless, promiscuous women, those unable to hold a job, alcoholics, political dissidents, Jehovah’s Witnesses, and so-called asocial as enemies and security risks either because they consciously opposed the Nazi regime or some aspect of their behavior did not fit Nazi perceptions of social norms.

Singer’s philosophy and that of numerous so-called thinkers of today reject non-philosophical ways of understanding human beings and non-human animals. They finds the notions of sanctity-of-life, dignity, ‘created in the image of God,’ etc. to be spurious, the “last resource of those who have run out of argument.”  Singer replaces sanctity with ‘quality’ that, in his leftist view, has a more solid and realistic foundation, regardless of the many innocent lives it would destroy.

We all know by rational conscious that we are obligated to do what is right and moral, just as we know deep down that deliberately murdering innocent people is wrong, that the taking of innocent life is always evil and there are no exceptions to this basic moral principle.

Peter Kreeft, professor of Philosophy at Boston College would tell us that “the good end does not by itself justify the intrinsically evil means.  Once you start making exceptions.  Once you start making exceptions for cancer patients, you let the camel’s nose under the tent and the whole camel comes through. If cancer, what about diabetes? If one, why not two? If strangling is OK, what about torturing? Suppose you could save a whole planet by torturing one little child? That is Ivan Karamazov’s argument and though he uses it to try to prove atheism, he is right in his premise. What is wrong is wrong.”

“Once we proclaim that there is an exception to the prohibition against taking innocent lives, everything becomes permissible; and when everything becomes permissible, morality no longer exists; and by that reasoning, without the moral imagination, the common good suffers unto death. We find ourselves sliding down that slippery slope at a time when the morally insane support, justify, and even promote the legalization of the murder of innocents.” Steven Jonathan Rummelsburg, “On the Killing of Innocents”