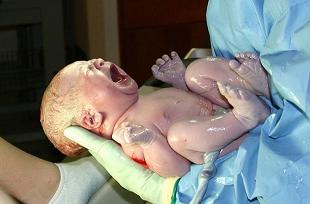 “Our nation must be mindful of God’s ultimate justice as He beholds the faces of the millions of aborted children – the greatest among us – killed according to our laws. We should all tremble with fear knowing “the judgments of the Lord are true and righteous altogether.”  Richard Thompson,  TMLC President and Chief Counsel

Professors Alberto Giubilini of the University of Milan and Francesca Minerva of Melbourne University published an article in the Journal of Medical Ethics entitled  “After-birth Abortion: Why Should The Baby Live?”  Their basic argument is that if abortion is legal, then it must be okay to kill a newborn.

While both professors deem abortion as preferable,  if  a child is born with  Downs Syndrome – while the quality of live might be acceptable, “such children might be an unbearable burden to the family and on society if the state has to provide medical care and support.”   They also support infanticide for non-medical reasons even though they do not say at what point in a baby’s development it would no longer be permissible because in their words “it depends on the neurological development which is something neurologists and psychologists would be able to assess.”

But what about adoption?  Giubilini and Minerva argue that a mother’s emotion state must be considered as a trumping right.  If she were to “suffer psychological distress” from giving up her child to someone else then after-birth abortion should be considered a viable alternative.

While both professors  concede that “both a fetus and a newborn certainly are human beings and potential persons,”  they do not believe that a newborn is a  ‘person’ in the sense of  ‘subject of a moral right to life.’  “Merely being human is not in itself a reason for ascribing someone a right to life.  Indeed, many humans are not considered subjects of a right to life: spare embryos where research on embryo stem cells is permitted, fetuses where abortion is permitted, or criminals where capital punishment is legal.”

As early as 1972, philosopher and atheists Michael Tooley declared that a human being possessed a serious right to life only if it possessed the concept of a self as a continuing subject of experiences and other mental states, and believes that it is itself such a continuing entity.  Of course infants do not qualify.

In 1979 Peter Singer, wrote that “human babies are not born self aware or capable of grasping that they exist over time.  They are not persons” and therefore “the life of a newborn is of less value than the life of a pig, a dog, or a chimpanzee.”  In 1993 he  suggested that a newborn should not be considered a person until after its first month and that the attending physician should kill disabled babies on the spot.

Singer holds to the doctrine of functionalism which is the belief that what defines human persons by  what they can and cannot do.  He rejects birth as a relevant dividing line between person and nonperson, agreeing with pro-life advocates that there is no logically significant difference between a fetus and a newborn.  “The liberal search for a morally crucial dividing line between the newborn baby and a fetus has failed to yield any event or stage of development that can bear the weight of separating those with a right to life from those who lack such a right.”  But rather than upgrade a fetus to the status of  a person, Singer downgrades the newborn to the status of a nonperson.

American University philosophy professor Jeffrey Reiman has said that unlike mature human beings, infants do not ‘possess, in their own right, a property that makes it wrong to kill them.”  He holds that infants are not persons with a right to life that “there will be permissible exceptions to the rule against killing infants that will not apply to the rule against killing adults and children.”

Convenience has overtaken the sacredness of life itself.   Stupidity has overtaken common sense!  When did  a child become morally irrelevant?

We are falling deeper and deeper back into a void known as eugenics where government and the medical establishment hold the power of life and death in their hands.

During the 1930s and 40’s the Nazis argued that some people led lives that were unworthy of life.   During 1939  Hitler murdered 75,000 children and adults who were mentally ill, handicapped, and those  dependent on the government for support.  Then the Nazis decided that Jews fit the category of “unworthy to live.”

How long before “life unworthy of life” is extended to the elderly, Blacks, Jews, Christians, Conservatives?

“It is profoundly disturbing, indeed shocking, to see the way in which an opinion former within the medical profession have ditched the traditional belief of the healer to uphold the sanctity of life for this impoverished and inhumane defense of child destruction.  It has been said that a country which kills its own children has no future.  That’s true.  And a country which accepts infanticide or the killing of a little girl or a little boy because of their gender, the killing of a baby because of a disability, or the killing of a child because it is inconvenient, the wrong shape or the wrong color, also forfeits its right to call itself civilized.”   Lord Alton