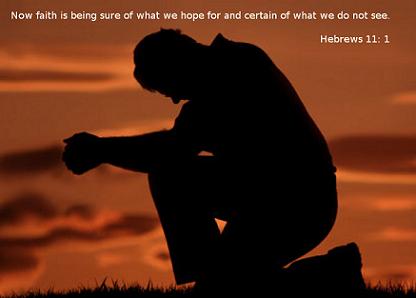 Contrary to what the left would have you believe, there is an ongoing war against religion in general and Christianity in particular. For years we have seen the surface action. Under the guise of a twisted and corrupted interpretation of the First Amendment, Christianity has gradually been forced from the public square. The left’s strategy of attacking the public trappings of faith is merely a prerequisite to attacking the core of the faith as that faith increasingly becomes a focal point of resistance to popular culture, particularly the mainstreaming of sexual perversion and the official degradation of marriage.

What we see emerging in the U.S. is a new kind of paganism, an atheism with air-conditioning and digital TV, which is neither tolerant nor morally neutral.

In the Soviet Union, anti-social behavior was more than likely to earn you a stint in the psychiatric ward. The defining of political beliefs as a mental illness gave the Soviet state immense power. It was a means to isolate and imprison hundreds or thousands of political prisoners from the rest of society; discredit their ideas, and break them physically and mentally.

Psychiatry in the US is no less susceptible to political manipulation. Until 1986 homosexuality was recognized as a mental disease. Overnight, it stopped being a psychiatric problem. At one time a homosexual act was a criminal offense. By 1998 it had its own television show. By 2003 it was constitutionally protected behavior. By 2013 opposition to it was bigotry.

An attack on Christianity using psychiatry is not a farfetched idea.  It is becoming ever more apparent that one day, just as homosexuality went from a mental condition to mainstream, any objection to same-sex marriage on religious grounds will one day make you crazy.

Freud believed that religious beliefs were rooted in fantasy and illusion and could be responsible for the development of psychosis, although he never directly attributed psychosis to religion, only neurosis. This negative view of religion in the mental health field has continued into modern times with the writings of persons like Albert Ellis (1988) and Wendell Watters (1992), who have emphasized the irrational nature of religious beliefs and their potential harm. For years, religious people were portrayed as examples of psychiatric illness in diagnostic manuals. This negative perspective regarding religion, however, was not based on systematic research or careful objective observation. Rather, it was based on the personal opinions and clinical experience of powerful and influential persons within the psychiatric academia, who had little experience with healthy religion.

In October of last year, American Atheists president Dave Silverman wrote that religion must be recognized as brainwashing. “ We must recognize the (hyper) religious as mentally damaged.”   Bill Maher has called religion a “neurological disorder.” Atheist Sam Harris in The End of Faith wrote that “it is difficult to imagine a set of beliefs more suggestive of mental illness than those that lie at the heart of many of our religious traditions.”

There is also a strong undercurrent among scientists that views religion as a mental disorder. Kathleen Taylor, a neurologist at Oxford said that recent developments suggest that “we may soon be able to treat religious fundamentalism and other forms of ideological beliefs potentially harmful to society as a form of mental illness.”

Dr. Marlene Winell, a California psychologist and author of Leaving the Fold compares religion to post-traumatic stress disorder. She even created a term for it: religious trauma syndrome which she defined in an article for British Association for Behavioral and Cognitive Psychotherapies as “struggling with leaving an authoritarian, dogmatic religion and coping with the damage of indoctrination.”

There are those radical homosexual activists and some in the medical profession who are eager to advance homophobia as a mental disorder. Since racism, sexism and homophobia do not fit into any current diagnostic category, proposals to include them as an “intolerant personality disorder” abound. Already, doctors who treat inmates at the California State Prison have diagnosed “racism and homophobia” as delusional disorders and treated inmates with “antipsychotics” to reduce these “prejudices.”

Robert George, director of the James Madison program at Princeton University, recently said that “Christians and those rejecting the me-generation liberal dogma of ‘if it feels good do it,’ are no longer tolerable by the intellectual and cultural elite.” “Politically correct mobs threaten us with consequences if we refuse to call  what is good evil, and what is evil good.  They command us to conform out beliefs to their orthodoxy, or else say nothing.

Studies conducted by UCLA, the University of Texas, Duke and Harvard have shown that believers who regularly attend church lived longer, are more likely to have better mental health, have stronger immune systems, lower blood pressure, shorter hospital stays, and better outcomes from cancer, coronary disease, AIDS, and arthritis. And, all of these studies were true even after adjusting for the fact that believers are less likely to smoke, drink or take drugs. And on top of this, believers are nicer people who give more money to charity than atheists.

So which is the smart party, here? Is it the atheists, who live short, selfish, stunted little lives, often childless, before they approach hopeless death in despair, and their worthless corpses are chucked in a trench (or, if they are wrong, they go to Hell)? Or is it the believers, who live longer, happier, healthier, more generous lives, and who have more kids, and who go to their quietus with ritual dignity, expecting to be greeted by a smiling and benevolent God?

The evidence today implies that atheism is a form of mental illness. And this is because science is showing that the human mind is hard-wired for faith: we have, as a species, evolved to believe, which is one crucial reason why believers are happier – religious people have all their faculties intact, they are fully functioning humans. Therefore, being an atheist, lacking the vital faculty of faith, should be seen as an affliction, and a tragic deficiency: something akin to blindness.

“Evil talks about tolerance only when it’s weak. When it gains the upper hand, its vanity always requires the destruction of the good and the innocent, because the example of good and innocent lives is an ongoing witness against it. So it always has been. So it always will be.” Philadelphia Archbishop Charles Chaput

← Lies Democrat Politicians Told and the Media Sold
Guns Save Lives.. but not in Democrat Controlled Cities →