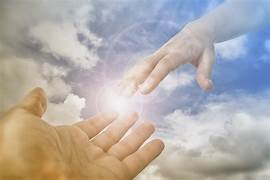 Atheist love to share a story they call The Tale of the Ever Shrinking god of the Gaps.  According to this myth, man once chalked up every natural mystery to the gods, whether it was lightning bolts, plagues, you name it.  They stuffed a god into the gaps of their knowledge, shrugged, and moved on.  The god of the gaps became a very busy god but as time moved forward scientific discovery after another filled in the gaps of their knowledge, shrinking the god of the gaps.  The moral – Even when evidence seems to point to intelligent design, hold out for a purely materialistic, designer-free explanation.  One is sure to come along – sooner than later.

In Darwin’s time, science assumed that single-celled organisms were simple, and creatures routinely sprang to life out of nonliving matter, a theory they called spontaneous generation.  According to the theory, pieces of cheese and bread wrapped in rags and left in a dark corner, for example, were thought to produce mice because after several weeks mice could be found in the rags.   Many believed in spontaneous generation because it explained such occurrences as the appearance of maggots on decaying meat.   It 1861 however, Louis Pasteur discredited the idea of spontaneous generation and further scientific study proved how complex even simple cells were.   Geneticist Michael Denton explains that each single cell is “in effect,  a veritable micro-miniaturized factory containing thousands of exquisitely designed pieces of intricate molecular machinery, far more complicated than any machine built by man and absolutely without parallel in the nonliving world.”

Could blind forces managed to create the first living organism?  The notion now seems so hopeless that atheists such as Richard Dawkins and Francis Crick have retreated to the idea that life on Earth was first seeded by space aliens.

In the 19th century, science claimed we didn’t need to explain how the universe came into being because, well, it had always been.  Once again, discoveries in physics and astronomy put an end to that idea.  Cosmologists now agree that our universe had a beginning and worse than just a beginning, the laws of the universe appear to be fine-tuned to allow for life.    If the strength of gravity, or electromagnetism, or the speed of light, etc., were any different than they actually are, you couldn’t get any atoms beyond hydrogen and helium – you couldn’t get life essential carbon and water.  You wouldn’t have the stars, the moon, or the planets.

This fine-tuning is so striking that even committed atheists have abandoned ordinary appeals to chance.  Instead they now claim there must be countless universes, a multiverse, and ours is just one of the lucky ones right for life.

Some physicists see the evidence pointing in a different direction.  “Intelligent design, as one sees it from a scientific point of view, seems to be quite real” according to Nobel Laureate Charles Townes.  “This is a very special universe:  it’s remarkable that it came out just this way.”    Astrophysicist and Nobel Laureate Arno Penzia says that “Astronomy leads us to a unique event, a universe which was created out of nothing, one with the very delicate balance needed to provide exactly the conditions required to permit life, and one which has an underlying plan.”  Are these scientists giving up on science as atheist claim?

Being open to the possibility of intelligent design isn’t giving up on science or rationality or the experimental method.  It’s giving up on the myth of the ever shrinking god of the gaps.  It’s letting the book of nature tell its own story and then following that story – the evidence – wherever it leads.

Richard Lewontin, Harvard Geneticists frankly admits that: “We take the side of science in spite of the patent absurdity of some of its constructs… in spite of the tolerance of the scientific community for unsubstantiated just-so stories, because we have a prior commitment, a commitment to materialism.  It is not that the methods and institutions of science somehow compel us to accept a material explanation of the phenomenal world, but, on the contrary, that we are forced by our a priori adherence to material causes to create an apparatus of investigation and a set of concepts that produce material explanations, no matter how counter-intuitive, no matter how mystifying to the uninitiated.  Moreover, that materialism is absolute, for we cannot allow a Divine Foot in the door.”

The most basic of those unsubstantiated stories is the myth of an ever shrinking god of the gaps.  The myth ignores major developments in origin-of-life studies, physics, and astronomy.  It ignores the reality that in significant areas, the evidence for intelligent design is not shrinking, but ever growing.

Renowned NASA astronomer and agnostic Robert Jastrow understood as much.  He wrote that for the scientist like himself, “the story ends like a bad dream.  He has scaled the mountains of ignorance, he is about to conquer the highest peak; as he pulls himself over the final rock, he is greeted by a band of theologians who have been sitting there for centuries.”

Source:  The God of the Gaps is Growing by Jonathan Witt, first published at The Imaginative Conservative