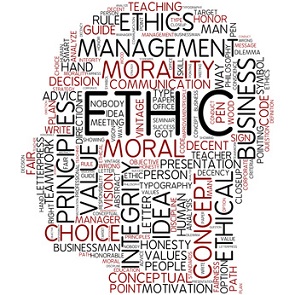 The United States Congress, on a bipartisan basis, and President George Bush twice acknowledged that “our great Nation was founded” upon a “historical tradition of ethical values and principles…known as the Seven Noahide Laws,” and that “these laws had been the bedrock of society from the dawn of civilization” [Public Law 102-14 on March 20, 1991, and H.J.Res 104, on March 26, 1991].

The Noahide Laws, sheva mitzvoth b’nei Noach, refer to the seven religious laws given by God to Adam and Noah. At the heart of this universal moral code is the acknowledgement that morality must be predicated on the belief in God; that unless we recognize a Higher Power, to whom we are responsible and who observes and knows our actions, we will not transcend the selfishness of our character and the subjectivity of our intellect.

This past century, the bloodiest in all of human history, should have lain to rest one of the most cherished theories about mankind postulated by  Enlightenment and Secular Humanism – that man should be the final and autonomous arbiter of morality.  This idea brought with it the firm belief that man, left to his own reasoning, would invariably choose to do what is right, what promotes life and fairness and the common good.  The second idea of man’s innate choice of goodness was aided and abetted by an arrogant belief that an educated person was more likely to do good than an illiterate one.

Neither of these theories have proven true. Hitler, Stalin, Mao, Pol Pot, Milosevic and the entire slew of other murderers of the 20th Century have all given the lie to these fantasies about human morality and rectitude. One third of all of the commandants of the Nazi death camps held either a Ph.D. or M.D.

Man left to his own reason will not choose right. When man becomes the final arbiter of right and wrong, then “right” becomes what is desired at the moment, regardless of the consequences to others. Reason, by itself, is death and destruction, oppressive theories and murderous social engineering.

It is not faith nor belief that has led us to the brink of  the social abyss of self-destruction according to Rabbi Berel Wein, a leading historian, author and international lecturer.   In his article An Ugly Reality That only The Most Enlightened Among us Refuse to Concede, Rabbi Wein writes that “society hungers for a return to self, to a system of eternal values, to a disciplined life-style and to the true liberty of faith which will free us from the ills of mindless conformity.”

In 1823, in Letters to a Young Gentleman Commencing His Education,  Noah Webster wrote: “In selecting men for office, let principle be your guide. … It is alleged by men of loose principles, or defective views of the subject, that religion and morality are not necessary or important qualifications for political stations. But the Scriptures teach a different doctrine. They direct that rulers should be men who rule in the fear of God, able men, such as fear God, men of truth, hating covetousness. But if we had no divine instruction on the subject, our own interest would demand of us a strict observance of the principle of these injunctions…. When a citizen gives his suffrage [vote] to a man of known immorality, he abuses his trust; he sacrifices not only his own interest, but that of his neighbor, and he betrays the interest of his country.”

Thomas Jefferson wrote to Thomas Law in 1814 that:  “How necessary was the care of the Creator in making the moral principle so much a part of our constitution as that no errors of reasoning or of speculation might lead us astray from its observance in practice.”  In an opinion on French Treaties in 1793 he wrote: “The moral law of our nature… [is] the moral law to which man has been subjected by his Creator, and of which his feelings or conscience, as it is sometimes called, are the evidence with which his Creator has furnished him.”

The founders of this great nation lived their lives according to the word of God and incorporated many of the laws, values and principles of the Bible into the laws under which they chose to be governed.

The further removed we become from our founding principles, from our Christian heritage, the closer we come to losing this great nation. We have lost the moral high ground because we have lost morality.

“Let us with caution indulge the supposition that morality can be maintained without religion. Reason and experience both forbid us to expect that national morality can prevail in exclusion of religious principle.” George Washington

← The Myth of Bernie Sanders’s Honesty
Stop and Frisk →