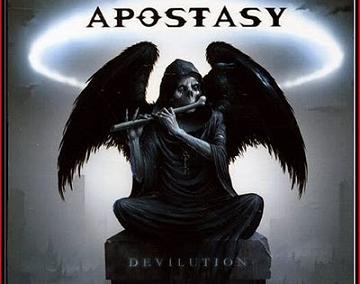 The answer is simple –   many of these mainline churches, at least the leadership, have virtually become leftist organizations under the umbrella group, The National Council of Churches.

The NCC represents three dozen denominations, including the United Church of Christ, the United Methodist Church,  the Presbyterian Church (USA), the Episcopal Church, and the Evangelical Lutheran Church in America.

The question then becomes: How can an organization supposedly championing the interests of millions of Bible believing Christians be so passionately, almost comically supportive of hardcore leftist causes?

Founded in 1950,  the NCC has for more than a century remained faithful to the legacy of its forerunner – the Communist front group known as the Federal Council of Churches.

At one time, an unabashed apostle of the Communist cause, the NCC has today recast itself as a leading representative of the religious left.  Adhering to what they call “liberation theology,” i.e. Marxist ideology disguised as Christianity, the NCC lays claim to a large membership of Protestant, Anglican and Orthodox Christian denominations with some 50 million members in over 140,000 congregations.

Since the collapse of the Soviet Union, the NCC has soft pedaled its radical message, dressing up its demands for global collectivization and its rejection of democratic capitalism in the garb of religious teachings.

In conjunction with its Geneva based parent organization, the World Council of Churches, the NCC financially supported Soviet sponsored invasions of Africa in the 1970s, aiding guerrilla terrorist fighters in Zimbabwe, Namibia, Mozambique, and Angola.  And, to this day, they remain an unwavering ally of the communist Cuban government.

While justifying their political activities as support for human rights, those human rights are reserved only to the Palestinians where Israel is concerned. The Presbyterian Church (USA), which claims 3 million members, voted by an overwhelming majority of its general assembly to side with Palestinian Arabs against Israel.  Some leaders of the Anglican Church, which in America includes the Episcopal Church, have joined with other left-wing organizations in their boycott, divestment campaign against the Jewish state.

The Anglican Church’s most controversial position recently has been its open embrace, on both sides of the pond, of homosexual clergy which has only served to further divided the liberal mainline and the conservative evangelical denominations. The Catholic Church,  pre-Pope Francis, which has fought against the tides of immorality in an increasingly secular world and held tightly to its traditional, life-affirming tenants, at least in the United States, has been profoundly affected by leftist liberation theology and a major infiltration of its seminaries by homosexuals.  According to Father Donald B. Cozzens, author of The Changing Face of the Priesthood, the real problem the Catholic Church faces is its “disproportionate number of gay men that populate our seminaries.”

One journalist who is not afraid to talk about the problem is Paul Likoudis, editor of the Wanderer, one of America’s oldest Catholic newspapers.  In his book “AmChurch Comes Out: The U.S. Bishops, Pedophile Scandals and the Homosexual Agenda,”  Likoudis explains how “homosexuals, pedophiles and other perverse persons in the priesthood rose to prominence in the Church”, especially in the U.S. and Canada.  He said that they began “carefully plotting and promoting a sexual liberation agenda that would take Catholics by surprise, an agenda that first manifested itself in the new catechetical texts rushed into print during the Second Vatican Council.

“The evidence is now irrefutable that an influential and very powerful coterie within the Church, well embedded and well protected by the Catholic hierarchy and their peers in the police, the courts, legislatures and the media, is successfully advancing a sexual liberation agenda that will not end until every social stigma attacked to any sexual activity, no matter how bizarre, has been erased.”

The number and variety of different and contradictory Christian dogma and practices, all presumably based on the same Bible, have grown astronomically.  In recent decades myriad new types of churches have evolved to accommodate every conceivable temperamental  world view, regardless of whether that world view is biblical.

In addition to the new “Metropolitan” churches created especially for homosexuals, you can find numerous so-called Christian churches that teach a variety of nonbiblical traditions, churches based on high-voltage music, racists churches, anti-semitic churches, as well as churches that worship mother earth and even Satan.   There is something out there for everyone.

Behold, the days come saith the Lord God, that I will send a famine in the land, not a famine of bread, nor a thirst for water, but of hearing the words of the Lord.   Amos 8:11

Source:  The Marketing of Evil, by David Kupelian