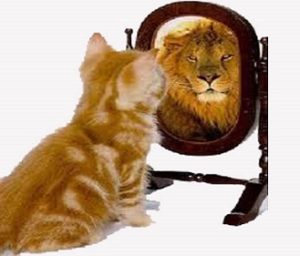 “Pride is spiritual cancer: it eats up the very possibility of love, or contentment, or even common sense.” C.S. Lewis

Baby Boomers may well remember “Pete” Seeger, an American folk singer and social activist of the 50s and 60s, who had a string of hit records during the early 1950s as a member of the Weavers. One of his most famous songs, recorded by many in the 1960s, was a protest song he wrote with Joe Hickerson, “Where Have All the Flowers Gone.” As protest songs of that era went, it was better than most, repeating the plaintive and cautionary question, “when will we ever learn?”

Today, half a century or more after it was recorded by the Kingston Trio, it seems in need of revision. The flowers continue to grow, charged with the grandeur of God, shining out like shook foil, reminding us, as they are no doubt meant to do, that above all man-made shadows rides the Sun.

In these dark days, it is not the flowers that are floundering but those who wore flowers in their hair. This might seem counter-intuitive, considering that the hippy counter-culture, with its creed of “anything goes” and “do your own thing,” appears to have trumped in the corridors of power and in the formerly hallowed halls of the Supreme Court. Having had their wicked way, the children of the counter-culture, the pot smoking hippies of the 60s, have progressed from the murder of babies to the killing of marriage. Soon, perhaps they may progress to the killing of Christians, which is where such progress in the name of liberty, equality and brotherhood has led in the past, in places as diverse as France, Russia, China, Cambodia, et. Cetera, ad nauseam. When Will They Ever Learn?

In truth, progressives don’t have the capacity to learn because  they already know it all. They have nothing to learn from their elders because everyone knows, their elders are stupid. Their elders are stupid because they don’t agree with the counter-culture of death and destruction. It is the same merry-go-round argument that parents must suffer through with their teenagers who have no problem letting you know you’re old and stupid.

The wisdom of experience knows that selfishness is self-destructive and that pride “cometh before a fall.” But much like in the 60s these drug induced Rebels Without A Clue refuse the gift of wisdom, casting it as a pearl of great price before the swine off ignorance.  As Leo Tolstoy wrote, “An arrogant person considers himself perfect.  This is the chief harm of arrogance.  It interferes with a person’s main task in life – becoming a better person”.

Refusing self-sacrifice that Love demands, these Rebels Without A Clue must sacrifice others to gratify their own desires leaving behind a lengthening trail of victims and slaughtered innocence. The ugly truth is that you can only “do your own thing” by trampling on your neighbors, betraying your spouse, abandoning your parents, abusing your children, and hating your God.

A society which turns its back on traditional matrimony and refuses the blessings of children is not only immature, but doomed to fail. It has no future. In living for today, we have abandoned tomorrow. In refusing to live in Love we condemn ourselves to a loveless death. It is, after all, through the fall of the proud that the meek will inherit the earth.

“For the past several decades, America has been on the wrong side of history rushing headlong toward the abyss. The events of our time portend a sordid and depressing tragedy that, without radical repentance occurring now, will certainly end in the triumph of evil over righteousness and result in our own destruction as a nation. Woe to us, Americans, hypocrites!” Timothy Buchanan

Source: Where Have All The Grown-Ups Gone? by Joseph Pearce, The Imaginative Conservative

← Yes, You Need a Gun During the Virus Scare..and After
No Cops to Save You, but Too Bad You Couldn’t Get a Gun to Protect Yourself →