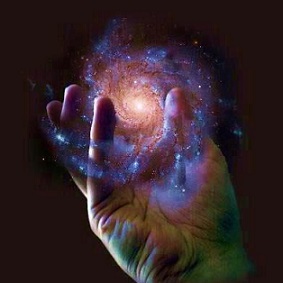 In September of 2013 two discoveries piqued the interest of would-be alien hunters.

First, scientists announced the discovery of an Earth-sized planet in our own cosmic backyard, merely 4.2 light years away. The planet, Proxima b orbits Proxima Centauri, the star closest to our own solar system. A few days later news broke that scientists in Russia had detected a star, about the size of our sun, emitting an unusual signal from 95 light years away. While they might sound close in light years, remember that one light year is 9,460,730,472,580.8 kilometers and one mile is 1.609344 kilometers.

Some scientists reason that Proxima b orbits close enough to its star to have enough potential heat to sustain liquid water which could mean some form of life. And the signal from the Russian discovered star? Could it be a call from ET?

Scientists, desperate to show that Earth is just one of thousands of planets that could support life, who believe in the theory of Darwinian evolution, reason that if life evolved on Earth by mere random chance then it must have evolved elsewhere as well, a theory they have yet to prove.

However, some scientists think it is highly unlikely that Proxima b could support life because there is only a very slim chance that it has an atmosphere that can hold heat and water as its star periodically erupts with potentially deadly flares of radiation that bombard it with X-rays more than 400 times stronger than those which our sun pelts earth. Astronomers also believe the planet may be tidally locked to its star, meaning it’s always sunny one side and always dark on the other.

Similar feelings exist with the Russian discovered signal which was detected in only one of 39 passes using a radio telescope. Many things like satellite communication, military operations and natural phenomena could account for the signal which didn’t repeat or pulse in any way. One researcher at the University of California, Berkeley, who studies extraterrestrial intelligence (and yes, there is such a study), told the Washington Post that while there was always a possibility, nothing about it makes him think it is more than a slim chance that the signal came from ET.

Ethan R. Siegel, a theoretical astrophysicists and professor at Lewis & Clark College concluded in an op-ed at Forbes that humanity may well be alone in the universe since evolutionary theory requires threes big steps to happen before a technologically advanced, human like civilization can develop.  First a few hundred specific proteins must be present at the same time and in the same location and must combine together to form a living cell.  Second, that cell must survive long enough to evolve into complex, multi-celled organisms, which then must evolve into intelligent creatures.  “And even if life does occur, how fortunate do you need to be to have it survive and thrive for billions of years?” Abiogenesis may have been common, or it may be such a rare process that even if we created a 100 clones of a young Earth, or a thousand or a million, our world might be the only one where it occurred.

Harvard Astronomer Howard Smith in an article at the Washington Post forcefully blunts Stephen Hawking’s assertion that “The human race is just a chemical scum on a moderate-sized planet.” Of course, it’s not only Dr. Hawking who says as much. Carl Sagan put the same view a little more mildly when he said that  “We find that we live on an insignificant planet of a humdrum star.”

Smith points out, however, that science considered objectively is much closer to the exceptionalist conclusion.  In truth, humanity is something momentous in the cosmos. Weighing these assertions by Hawking and Sagan, he wrote “An objective look…at just two of the most dramatic discoveries of astronomy — big bang cosmology and planets around other stars (exoplanets) — suggests the opposite. We seem to be cosmically special, perhaps even unique — at least as far as we are likely to know for eons.
The universe, far from being a collection of random accidents, appears to be stupendously perfect and fine-tuned for life. For all intents and purposes, we could be alone in our cosmic neighborhood…. Life might be common in the very distant universe — or it might not be — and we are unlikely to know. We are probably rare — and it seems likely we will be alone for eons. “

The improbabilities of life in the universe leave only two choices according to biophysics researcher Kirk Durston. “Either earthlings won a lottery against mind-staggering odds, or there is a Creator of the Cosmos who has a purpose in mind for humanity.”

“The exquisite order displayed by our scientific understanding of the physical world calls for the divine.”   MIT Physicist Vera Kistiakowsky