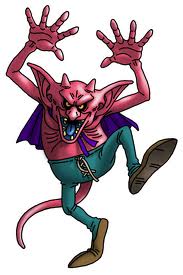 “Evil destroys itself because it carries the seeds of its own destruction. It is not just destructive, it is also self-destructive. Evil is cunning, but it is also stupid. It is ruthless, but it is also cowardly. It loves plans, but it cannot distinguish its own fantasies from actual events. Like an unstable element, it is forever at war with the forces threatening to tear it apart, until they eventually do, but not until the damage has spread.”   Daniel Greenfield

Culturally, Americans live in a nation controlled and subjugated by progressives intent on forcing their values on the rest of us.  It’s a quazi quiet war marked by “artistic statements,” in school curriculum and the leftist media, through laws that transform public spaces into government spaces and private spaces into public spaces, putting everything under government whose overriding purpose is behavior modification.

It is now unacceptable to state personal beliefs if they diverge from the culture of the lowest common denominator. Political correctness has become a cancer that strangles freedom from college campuses to board rooms. The murder of unborn babies has made the womb the most dangerous place for  children. Our entertainment industries are filled with vile hateful filth. Traditional marriage has been all but destroyed.  We are told we must accept fantasy transgender as a fact of reality.

But, despite  their many victories,  progressives have numerous disadvantages in this war.  They are a minority, surviving only through front groups, divide-and-conquer politics, and voter fraud.  They are up against common sense, which is just shorthand for the traditional way of thinking.  Traditions exist because they are natural; right or wrong, they are organic, embedded in human nature and the way that people live their lives and draw their conclusions.

Progressives may succeed in converting some traditionalist children into their own kind  but, as Daniel Greenfield writes in The Progressive Traditionalist War, “traditionalists are, especially after a generation or two of the left’s cultural imperialism, much more hardened to this sort of campaign than their ancestors were. They are purposefully intolerant, unwilling to listen and contemptuous of the greater culture around them. They have also learned that if they don’t insulate their children, that they will almost certainly lose them.

Humans adapt.  Sheep may always go on being eaten by wolves, but humans who are preyed upon learn defensive strategies, as well as offensive strategies. As all good leftists know, revolutions produce their own reaction. A polarized society split between progressives and traditionalists is a conflict that the left cannot win without dealing  with the demographic angle.  And there is no way to deal with it, without either a One Child program or importing an even higher-reproducing population that is allied with the progressives, from outside their culture, region and religion.”

Evil cannot survive naturally.  It has to infect others by spreading the disease of its own instability.  And, make no mistake, evil will do anything to survive, even as it dooms itself and everyone around it.

“Freedom is never more than one generation away from extinction. We didn’t pass it to our children in the bloodstream. It must be fought for, protected, and handed on for them to do the same, or one day we will spend our sunset years telling our children and our children’s children what it was once like in the United States where men were free.”    Ronald Reagan

← This Isn’t a Public Health Problem
Your Business is Essential →