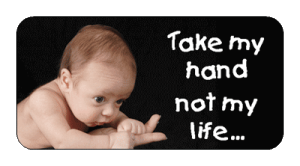 “Any time you take a group of people and consider them non-human, you can do anything to them. . .”  Dr. Kathi Aultman

Think you know all there is to know about aborting that little inconvenience?   Let’s strip away the rhetoric!   See what the people who have been where new cameras never go, in the procedure rooms and pathology labs, have to say.

Planned Parenthood describes the abortion ‘procedure’ on its website: “Either a hand-held suction device (MVA) or a suction machine (D&C) gently empties the uterus. A separate curette may be used to help remove the tissue that lines the uterus.”  Sounds rather benign!

Former abortionist Doctor David Brewer witnessed his first abortion when he was in medical school. After the “procedure” his job was to open the jar and remove the ‘gently’ suctioned material and examine it to see if the doctor had removed everything.  According to Brewer, “there were parts of a person in there – there was a little scapula and an arm – I saw some ribs and a chest, and a tiny head, a piece of a leg, and a tiny hand and an arm.”

Another medical student interning at Planned Parenthood describes the first trimester ‘gently’ removed tissue he encountered. “I completely wasn’t expecting it, but there were fetal parts. Like hands, and legs and kidneys. It was pretty shocking. . .I was actually fascinated by it. Until I saw one with a face.”

Sue Hertz who spent a year observing at an abortion clinic said that “it was easy to shrug off an aborted pregnancy as nothing more than a sack of blood and globs of tissue. . . if one never saw fetal remains. . .An eleven-week-old [aborted baby] harbored tiny arms and legs with feet and toes. At twelve weeks, those tiny hands had tiny nails. . .pieces of face – a nose, a mouth, or a black eye. . .were sometimes found in the aftermath.”

Dr. Bernard Nathanson, a former abortionist, said of a first trimester abortion that the “baby is simply chopped up and pulled through the suction machine and emerges as just a pile of chopped meat.

Abortions in the second trimester and beyond are done in a variety of ways but the most common is Dilation and Evacuation (D&E). In this type of abortion, a laminaria stick is inserted into the woman’s body which slowly expands and opens the cervix. A few hours or a day later the woman can have her abortion using medical instruments and suction.

A D&E is described in the American Journal of Obstetrics and Gynecology as ”literally cutting the fetus from the womb and then reassembling the parts to make certain the abortion is complete.” This is done with the use of forceps to literally tear the unborn child apart. One doctor described it as “a destructive process. Arms, legs, chests come out in the forceps. It’s not a sight for everybody.”

Peter Korn in his book Lovejoy: A Year in the Life of an Abortion Clinic, describes a D&E he observed: “Still holding the forceps, Lane begins pulling, tearing apart the fetus. The first three tugs yield indistinguishable tissue. The fourth brings out more solid mass, which a clinic worker immediately recognizes as the trunk. . .Tiny hands and feet, extracted next, are the most recognizable. . .”

Another D&E observer writes that “Time after time, the resident plunged the forceps into the woman’s womb, removing a leg, then an arm, then the liver, then the placenta, which the doctor ranted about because this can make the head extraction more difficult. The last step that I saw was the collapse of the skull and the removal of brain matter.”

Dr. Paul E. Jarrett, Jr. was so traumatized that he stopped doing abortions after he began one using suction but was forced to switch to forceps. “And as I brought out the rib cage, I looked and saw a tiny, beating heart. And when I found the head of the baby, I looked squarely into the face of another human being, a human being that I had just killed. . .”

Third trimester abortions account for only a small percentage of abortions performed each day which can account for as many as 8,000 in any given year.

Most people aren’t even aware that you can get a third trimester abortion for almost any reason. Roe v Wade did stipulate that states could ban them unless a woman’s health was endangered by her pregnancy. However, in a Supreme Court case, Doe v Bolton, the concept of “health” was defined so broadly that it allowed for abortions for any reason. All a woman had to do is fill out paperwork declaring that the pregnancy was detrimental to her mental health.

Now that you know the reality of abortion what choice will you make? Someday every one of us will face God, whether you believe in him or not, and we will be held accountable for the decisions that we make. What decision will you make?

“Every legislator, every doctor, and every citizen needs to recognize that the real issue is whether to affirm and protect the sanctity of all human life, or to embrace a social ethic where some human lives are valued and others are not.” Ronald Reagan

← The Lies the Legacy Media Will Tell Us
The Real Truth About Norma McCorvey, the ‘Roe’ of Roe v Wade →