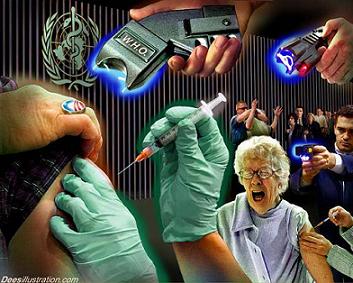 In another of  his books, Countdown: Our Last, Best Hope for a Future on Earth?, Weisman attempted to convince his gullible readers that the earth’s population was heading in the wrong direction.  How, he asks, can we add 1 million more people to the planet every 4.5 days and achieve some resemblance of ecological sustainability?  It’s not just this century’s projected growth to 11 billion that troubles him, he is concerned about how the 7 billion of us already here are straining natural limits, from the buildup of heat-trapping gases in the atmosphere to the decline of available fresh water.

“Our numbers have reached a point where we’ve essentially redefined the concept of original sin,” Weisman writes. “From the instant we’re born, even the humblest among us compounds the world’s mounting problems by needing food, firewood, and a roof, for starters. Literally and figuratively, we’re all exhaling CO2 and pushing other species over the edge.”

An “optimum population” for a sustainable Earth, according to Weisman, one that balances the overall human numbers with how much each person consumes, should not exceed 2 billion or so, a number set by Stanford biologist Paul Ehrlich and colleagues some 20 plus years ago.  Weisman is adamant that the world’s population must be reduced before we suffer the fate of the deer on Arizona’s Kaibab Plateau north of the Grand Canyon which starved to death in the 1920s.

Before you get too involved in this nonsense, take a moment and use that gray matter God put in your cranium.  The current population of earth  is somewhere around 7 billion.  Common sense must ask: how do these nuts plan on reducing the human population by 5 billion?  China’s one child policy did not succeed in reducing that region’s population – it only slowed their rate of growth.   If female infanticide, forced abortion and eugenics didn’t help China, image what they actually have in mind for the rest of us.

Health Czar elitist Bill Gates believes that it is possible to reduce the world’s population by 10 to 15 percent with “new vaccines,”  heath care and the murder of innocent unborn babies.   Kind of makes you wonder what he plans to put in those vaccines! And I  can’t help but wonder how heath care will reduce the world’s population unless heath care is progressive double talk for euthanasia in a plan similar to Nazi Germany.

Billionaire Ted Turner,  the father of five,  an outspoken atheists, and obviously a fan of communist China, is adamant that a forced one child policy for the next 100 years would do the trick.  He has even advocated for the right to allow women to sell their fertility rights.

Paul Ehrlich, a professor of population studies at Stanford, an avid global warming scammer and left-wing nut, believes in a two-step approach to rid the world of its overpopulation.  First, he claims,  the elite need to figure out a “humane” way to depopulate the earth and then, as a prize, the survivors could divvy up the wealth left by those they nixed.  If you’re wealthy I’d really be concerned.  He even goes so far as to suggests massive depopulation could be brought about by some sort of disaster, say a small nuclear war, or the spread of some fatal virus, neither of which sound very “humane.” But that fatal virus sounds vaguely familiar.

British Eugenist David Attenborough believes that the haves should withhold food from the have-nots in third world countries and outlaw childbirth.  Seriously?  Jacques Cousteau suggests the total elimination of some 350,000 people a day while David Brower of the Sierra Club simply believes making childbirth a crime would suffice.

Dave Foreman, cofounder of Earth First,  wants to “eliminate” all but 100 million people worldwide by  destroying the industrial infrastructure, which is leftist talk for starvation.  John Holdren, Obama’s former science advisor,  believes government should implant a sterilizing pill under the skin of girls at puberty only to be removed if the government decides she is worthy or the world needs another child.  And if that doesn’t work, well he just wants mandatory sterilization of all women or compulsory abortion.  Strange, who would have thought Holdren was Chinese?

Of course today the term “population control” has fallen out of favor and is now disguised under the pretext of women’s rights and reproductive rights.

← Culture Rape: Our Forefathers Condemned as Immoral — by the Worst Lowlifes Among Us
The Elites Unmask Themselves- words versus actions during the epidemic →