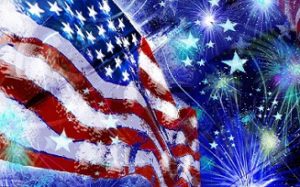 If President George Washington miraculously returned to America today what do you think he would have to say to our countrymen, and our elected representatives?

I don’t think most of it would be complimentary.  I think he would be horrified at the direction this country has taken and at the character of the people and our leaders.

The U.S. was not born in a vacuum.  The nation was conceived in liberty long before the war with England for independence.  The idea of a covenant relationships between people and God is as old as Genesis.   The Bible teaches that a covenant is a tool of God for men to establish and regularize their relationship with one another and with God.

George Washington understood this concept for he said that if the people of America ever rejected God’s law [divine law], then the nation would not be able to stand.

John Locke, an English Philosopher, physician, historian and political scientist wrote that “in a state of nature (without government) men would reasonably acquiesce to the institution of some government in order to avoid self-destruction.”   In other words, our own natural sinful state could be avoided only if people realize their natural tendencies and trade some of that absolute individual power in exchange for the protection of society.  Locke believed that this reasonable exchange was not only possible, but that it was the design of God.  Government thus derived its authority from the consent of the governed,  and is empowered to execute judgment on behalf of the people.    Locke was widely read by the framers of the Constitution and is credited with being the philosopher most widely quoted in the 1760’s and 1770’s.

Sir William Blackstone  wrote in “Commentaries on the Law of England” that Biblical principles form the foundation of all legitimate law.  No legislative body nor monarch nor judge may usurp the authority of that divine law.  Judges were to reach their decisions based upon what Blackstone referred to as “general custom” which he understood to be reflective of Christian tenets.   Blackstone believed that the Bible contained the revealed Law of God and that the revealed law was entirely consistent with Natural Law.  He said that human laws were only “declaratory of, and act in subordination to. . .God’s law.  Any act (law) of man which was contrary to God’s law would be “destructive of man’s real happiness, and therefore,. . .the law of nature forbids it.”  Blackstone was referred to more than any other English or American authority.  His “Commentaries” was basic to the U.S. Constitution.

Blackstone, Locke, Burke, Madison, Jefferson and other influential writers of the 18th century understood that for self government to work, all people must submit to the “Rule of Law” and that law is not a creation of man but rather, a revelation of God.    Without such a philosophical assumption, there will be no consistency or predictability in the law and it will work to the ultimate demise of man’s happiness.    Whether originating in a legislative body, a judge, or a monarch, the law must reflect the Character and Nature of God or it will be arbitrary, unenforceable, and ultimately, despised and ignored.

Our forefathers understood that self government could only be effective when “self” was brought into submission to the “law of nature and nature’s God.”  It was for this reason, recognizing that government must be powerful enough to restrain the evil impulses of the masses and the evil pursuit of men,  that they set up the system of checks and balances in the government through the separation of political powers.  But, they also recognized that rulers posses sinful natures and could not be trusted with absolute power or they would become tyrants.

Without a belief in, and a high commitment to, the fundamental Biblical principles acknowledged by the founding fathers, the form of government we ultimately adopted would have been of little important.  It is not the form that sustains us but the spirit of the people as they embrace the principles.  These principles are not for sale to the highest bidder nor can they be altered by the majority vote of successive generations who may have lost signet of the original vision.

The fundamental beliefs of the Founding Fathers which must be understood and perpetuated by every people who desired peace, prosperity, and freedom are reflected in the Constitution.

The only reliable basis for sound government and just human relations is Natural Law.   Natural law is God’s law.  There are certain laws which govern the entire universe, and just as Thomas Jefferson said in the Declaration of Independence, there are laws which govern in the affairs of men which are “the laws of nature and of nature’s God.”

A free people cannot survive under a Republic unless they remain virtuous and morally strong.   It was Benjamin Franklin who said that “only a virtuous people are capable of freedom.  As nations become corrupt and vicious, they have more need of masters.”   The most promising method of securing a virtuous people is to elect virtuous leaders.  It is as  Samuel Adams said that “neither the wisest constitution nor the wisest laws will secure the liberty and happiness of a people whose manners are universally corrupt.  He therefore is the truest friend to the liberty of his country who tries most to promote its virtue, and who. . .will not suffer a man to be chosen into any office of power and trust who is not a wise and virtuous man.”

George Washington said that “of all the dispositions and habits which lead to political prosperity, religion and morality are indispensable supports. . .And let us with caution indulge the supposition that morality can be maintained without religion.”     All things were created by God, therefore upon him all mankind are equally dependent, and to him they are equally responsible.   Our Founding Fathers considered the existence of the Creator as the most fundamental premise underlying all self-evident truths.  They felt a person who boasted he or she was an atheist had just simply failed to apply his or her divine capacity for reason and observation.

All of mankind were created equal and are theoretically treated as  1) Equal before God; 2) Equal before the law; and 3) Equal in their rights.  The proper role of government is to protect equal rights, not provide equal things.  The Founders recognized that people cannot delegate to their government any power except that which they have the lawful right to exercise themselves.

Mankind is endowed by God with certain unalienable rights.   William Blackstone wrote “Those rights, then, which God and nature have established, and are therefore called natural rights, such as are life and liberty, need not the aid of human laws to be more effectually invested in every man than they are; neither do they receive any additional strength when declared by the municipal laws to be inviolable.  On the contrary, no human legislation has power to abridge or destroy them, unless the owner [of the right] shall himself commit some act that amounts to a forfeiture.”  To protect human rights, God has revealed a code of divine law.  William Blackstone wrote “The doctrines thus delivered we call the revealed or divine law, and they are to be found only in the Holy Scriptures.  These precepts, when revealed, are found by comparison to be really a part of the original law of nature, as they tend in all their consequences to man’s felicity.”

Our God given right to govern is vested in the sovereign authority of the whole people or as Alexander Hamilton so elegantly wrote:  “the fabric of American empire ought to rest on the solid basis of the consent of the people.  The streams of national power ought to flow immediately from that pure, original fountain of all legislative authority.”

Thomas Jefferson wrote in the Declaration of Independence that “Prudence, indeed, will dictate that governments long established should not be changed for light and transient causes. . .but when a long chain of abuses and usurpation’s. . .evinces a design to reduce them under absolute despotism, it is their right, it is their duty, to throw off such government and to provide new guards for their future security.”

A Constitution should protect the people from the frailties of their rulers according to James Madison, who wrote:  “if angels were to govern men, neither external nor internal controls on government would be necessary. . .[but lacking these] you must first enable the government to control the governed; and in the next place oblige it to control itself.”   Life and liberty are secure only so long as the rights of property are secure.

The government should be separated into three branches and a system of checks and balances should be adopted to prevent the abuse of power by the different branches of government.    Efficiency and dispatch require that the government operate according to the will of the majority, but constitutional provisions must be made to protect the right of the minority,  and only  limited and carefully defined powers should be delegated to government – all others being retained by the people.

According to W. Cleon Skousen, in the “5000 Year Leap”, the core unit which determines the strength of any society is the family; therefore the government should foster and protect its integrity.   The burden of debt is as destructive to human freedom as subjugation by conquest.

On October 3, 1789, one week after Congress approved the Bill of Rights, President George Washington recognized “the duty of all nations to acknowledge the providence of Almighty God, to obey his will, to be grateful for his benefits and humbly to implore his protection and favor.”  He then declared a “national day of public thanksgiving and prayer to be observed by  acknowledging with grateful hearts the many signal favors of Almighty God especially by affording them an opportunity peaceably to establish a form of government for their safety and happiness.”

America has strayed so far from the founding principles as to be almost unrecognizable.  If we continue down this path,  I am afraid that nothing can save us or that we even deserve to be saved!