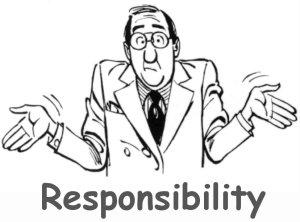 “Your complaints, your drama, your victim mentality, your whining, your blaming and all of your excuses have never gotten you even a single step close to your goals or dreams. Let go of your nonsense. Let go of your delusion that you deserve better and go earn it.!” Steve Maraboli, Unapologically You: Reflections on Life and the Human Experience.

The majority of people realize when they are in the wrong.   Their conscious almost always demands they admit it, apologize to the person they’ve wronged and move on.  Everyone, that is, but a narcissistic perpetual victim. They’re never wrong – just ask them!

Victim mentality is an acquired trait, nothing more than an excuse for a ‘poor-me, everyone is against me’ attitude. It manifests itself through the art of blaming others and creating conflict where the absence of clear evidence exits.  It creates helplessness, paranoia, a sense that the world is out to get you.  It is an addictive narcotic that transforms every setback into a major drama that attributes your faults or actions to others or circumstances beyond your control.  It is the blame game, the guilt trip, the emotional blackmail, a twisted mentality that offers no benefits. It is like holding your breath and blaming others for your inability to breathe, according to Armstrong Williams.

Today everyone on the left is a victim.  Women, snowflakes, homosexuals, the gender confused, Muslims, ad nauseam.  These people are bad enough on their own but when manipulated by the left to maintain a culture of victimization to legitimize their own agenda, everyone in the country suffers, including the so-called “victims.”

The Democratic Party is, by design, the party of fragmentation, pitting one disaffected faction after another against mainstream America as a means to gain political power.  They promote the victim mentality because it sends them sheep they can shepherd, lemmings they can lead.  The more helpless the victim class, the more powerful the Party. Whether it’s the black card, the gender card, the class-conflict card, the equality card, or whatever, you can bet that it’s being played by Democrats running for office or used to destroy anyone who threatens their power, up to and including the President of the United States.

The champions of victim mentality seek to invert the power hierarchy so that the groups now said to be oppressed become the privileged race, or gender, etc. of the new social order. This quest to transform the victim into the victimizer draws its inspiration from the Communist Manifesto.

Lenin, Stalin, and Mao well understood the need to push victim mentality in order to distract the people from the reality of their day-to-day existence.  Of course their people were subjects, not citizens, so they had little choice but to persevere, unlike Americans who have the power to vote against their oppression but seldom use it.

Isn’t it time for all Americans to stand up and say no to the madness?  Isn’t it time to quit defending actions you known are indefensible?  Stop pointing your finger at others.  Stop feeding the demon.  Quit looking outside the box for the enemy – it’s within your own camp.

“Bad things do happen; how I respond to them defines my character and the quality of my life.  I can choose to sit in perpetual sadness, immobilized by the gravity of my loss, or I can choose to rise from the pain and treasure the most precious gift I have – life itself.”  Walter Anderson