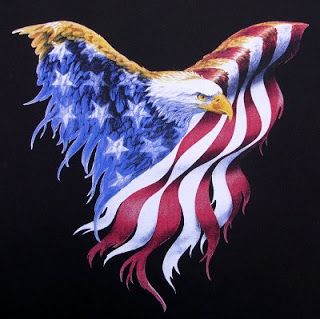 1. Rights come from God, not government. “We hold these truths to be self-evident, that all men are created equal, that they are endowed by their Creator with certain unalienable Rights, that among these are Life, Liberty and the pursuit of Happiness.”

2. All political power emanates from the people.  The Founders were strongly influenced by John Locke, who advocated government as a social contract. The term, will of the governed, encapsulates the concept that the people are the boss. This principle is also the underlying basis for the Declaration of Independence which states that governments derive their “just powers from the consent of the governed” (the people) and whenever “any form of government becomes destructive to these ends, it is the right of the people to alter or to abolish it, and to institute new government, laying its foundation on such principles and organizing its powers in such form, as to them shall seem most likely to effect their safety and happiness.”

This principle dictated also dictates that only the people are authorized to ratify the Constitution.  Delegate William Paterson, author of the New Jersey Plan, wrote, “What is a Constitution? It is the form of government, delineated by the mighty hand of the people, in which certain first principles of fundamental law are established.”

3. We should have a limited representative Republic.  The Founders equated a direct democracy to mob rule.  James Madison constantly preached against any system that allowed special interests to gain control of the government. He wrote in Federalist #10 that “pure democracies have ever been spectacles of turbulence and contention; have ever been found incompatible with personal security, or the rights of property; and have, in general, been as short in their lives as they have been violent in their deaths.”

The Founders believed that to protect against government oppression, they must disperse power, and give each branch of government formidable checks on the authority of every other branch. By the end of the Constitutional Convention, the Founders also came to firmly believe that the states must act as a solid check on the national government. .

4. There must be a written Constitution.   If government is a social contract with limited power formally delegated by the people, then the contract, the Constitution, must be in writing. The strongest proponent of a written constitution was Thomas Paine, who said, “[A]n unwritten constitution is not a constitution at all.”  This American tradition dated back to the Mayflower Compact and was carried forward by all of the thirteen original states.

Our national heritage is a written constitution that sets the rules for governance between the people and their elected representatives. The Founders intent was that this contract would only be changed through the amendment process and ratified by the people.

6. There must be separation of powers. James Madison believed that a “elective despotism was not the government we fought for; but one in which the powers of government should be so divided and balanced among the several bodies of magistracy as that no one could transcend their legal limits without being effectually checked and restrained by the others.”   In Federalist #47 he wrote that the “accumulation of all powers, legislative, executive, and judiciary, in the same hands, whether of one, a few, or many, and whether hereditary, self-appointed, or elective, may justly be pronounced the very definition of tyranny.”

The Constitutional Convention delegates didn’t agree on everything. In fact, they possibly only agreed on these Founding Principles. After all, they did argue for four months about the design of the government.

“Resistance to tyranny becomes the Christian and social duty of each individual. … Continue steadfast and, with a proper sense of your dependence on God, nobly defend those rights which heaven gave, and no man ought to take from us.”   John Hancock, –History of the United States of America, Vol. II, p. 229.

Source:  What Would The Founders Think

← OPEN LETTER TO THE PRESIDENT OF THE UNITED STATES OF AMERICA DONALD J. TRUMP
Is Kristallnacht Deceptive? →