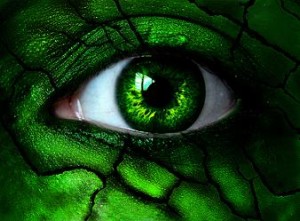 Greed is a selfish desire beyond reason; covetousness for what you have not earned; a craving for that which does not rightfully belong to you.   Ignorance is the state of oblivion for the callowness for which you thrust your greed upon others; for the destruction you are willing to create to satisfy that greed.

We have been complicit by repeatedly electing politicians who boldly tell us of their intention to empower the federal government’s role over our lives, to rob us of our rights. And by not recalling judges who ratify the government’s implementation of unconstitutional authority, we acquiesce in the curtailment of those rights granted by our founding documents.  But why have we done this?

According to Ron Lipsman, professor emeritus at the University of Maryland, in his an article “Why do the People Abuse Themselves by Empowering Government” (American Thinker), we do this because of greed, laziness and ignorance.

People want stuff such as affordable health care, a nice home, an outstanding education, a good job, and a comfortable retirement. If the government is willing to help, doesn’t it make sense to allow it? Or encourage it? Yet, in encouraging it, we have essentially destroyed the rights granted to us under our founding documents.

Our founding fathers knew that our system of government, structured for a free people to govern themselves, would work only as long as the people were moral, disciplined, educated, responsible, self-reliant, modest, and respectful of their neighbors. Too many no longer understand that relinquishing to the government the responsibility for running their own lives leads to tyranny.

As the popular saying, mistakenly attributed to Thomas Jefferson goes, “A government that is big enough to give you everything you need is also strong enough to take from you everything you have.” What Jefferson actually said was that “the natural progression of things is for liberty to yield and government to gain ground.”  He knew that it was the natural order of things for governments to take far more than they give, for they have nothing to give without taking it from someone else.

Social policies based such as redistribution of wealth to reduce income inequality are foreign to the principles of a free market economy and voluntary exchange and are only common place in a society driven by the politics of greed.

In the end, it doesn’t matter which part of society benefits from that greed, whether it is the poor, the rich, the elderly or legislators themselves – when legal plunder becomes an acceptable, legitimate function of government, it is the death toll for America’s Republic form of government and individual freedom.

“Society in every state is a blessing, but government even in its best state is but a necessary evil; in its worst state an intolerable one, for when we suffer, or are exposed to the same miseries by a government, which we might expect in a country without government, our calamity is heightened by reflecting that we furnish the means by which we suffer.” Thomas Payne, Common Sense, “Of the Origin and Design of Government”

← Hindsight, and the obvious truth
We Gave up Our Freedom for Politicians with the Flu →