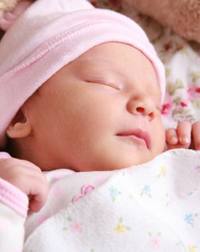 In the legalization of abortion the government declared that it had the ability to decide who had a right to his own life.

According to the left, abortion, the right to murder your own child is settled, it’s a right granted women under the Constitution.  But, if abortion is settled, if it no longer matters,  why is there so much opposition to it?  Perhaps, because the societal effects of abortion reach far beyond a woman’s right to murder her offspring.

From pro-lifers we hear a great deal about how Roe v Wade was an improper decision because the Supreme Court overstepped its bounds.  Of course they did but that is not why abortion is wrong.  It would still be wrong if it had been passed by Congress and signed into law by the president.  The manner of legalization is irrelevant, it is the thing that was legalized that matters here.

In the legalization of abortion the government declared that it had the ability to decide who had a right to his own life.  That legalization moved life from the category of unalienable right to privilege.  It made the existence of every person subject to the whim of the State.

In the final analysis, abortion is not an issue – it is a line.  A line that says there are areas beyond the control of the state.  The right of each of us to exist is outside of that line. It does not matter if the government declares that one person, one thousand persons, or one million persons can only exist with government approval – it’s the “exist with government approval” that is the problem.  If the government can say that any of us need its approval to exist, it has actually said that about all of us. And if our very right to our own existences has been stripped away, then we truly are just the property of an almighty State.

In the world of politics, deception is the norm.  Many of the political initiatives undertaken in the name of defending the lives of unborn children have  allowed for exceptions to the protections being sought. At one level, the use of the world “exceptions” is a travesty.  In a delivery room, no “exceptions” have ever appeared.   There are only ever little boys or little girls.  And no matter what difficulties surrounded the conceptions or gestation’s of those children – they are STILL  children –  human beings.

Failing to protect the unalienable right of unborn boys and girls to exist is actually fighting to preserve the fundamental principles of our American heritage – that we are endowed by a Creator with rights that are beyond the reach of any government.

When the Government Decides Who Lives and Who Dies, by Peg Luksik

← China and The Panama Canal
Bureaucracy →