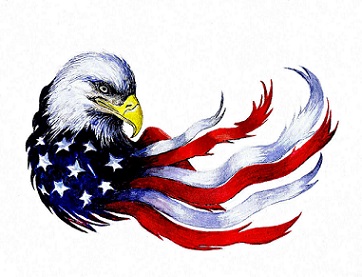 I’m not proud to be an American – I’m grateful. I didn’t do anything to become a citizen of this country. I was just born. But in appreciating America today, I feel like I’m a freak or something.

So many Americans hate America. Why? There’s so much to love. Some would-be immigrants risk their lives to get here, so that they might have a chance to enjoy the freedom we take for granted every single day.

The hatred against America is often fostered by our schools and our media. It’s cool to bash America. You can see it in the now-regular pushback against the national anthem and the flag in some of the football games.

But here are ten reasons I am thankful to live here:

America is far from perfect. That’s why the prayer in the hymn “America the Beautiful” is so appropriate: “America, America, God, mend thine every flaw.” Praying for that and working together for the common good is far better than America-loathing and working to destroy the nation from within.