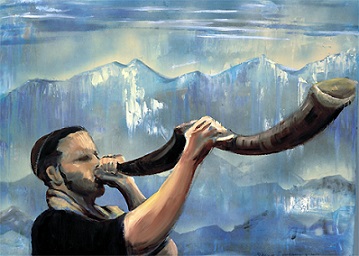 Today there are approximately 100 million American church members who have very little to no understanding of Bible prophecy. These members are from replacement theology churches that don’t teach Bible prophecy and who look at prophetic scriptures as allegorical and not literal. Consequently, they do not understand the importance of Israel to the God of Israel or God’s redemptive plan for Israel and the nations. Clarence H. Wagner Jr

A widely distributed Christian magazine published an article concerning Israel several years ago that claimed it was a mistake for Christians to exalt Israel to the position of being God’s chosen people because the “progressive revelation of Scripture makes it clear that today God only has one people, and it is the church.” The article also said that the Israeli claim to the Holy Land, now referred to Palestine, “as a Jewish state by divine right was incorrect” and their “continued claim through military oppression was unjust.”

Replacement theology has been around a long time. The earliest traces are seen in the writings of the 2nd century A.D. Epistle of Barnabus, (author unknown) which stated that the “Jews” had lost their portion of the promise. Irenaeus, circa 180 A.D. also wrote that the “Jews” were “disinherited from the grace of God.” Replacement Theology is closely aligned to Reformed Theology linked to John Calvin and the Protestant Reformation which in turn is linked to amillennialism, a view that Biblical prophecies must be interpreted with an allegorical, “spiritualized” eye rather than a literal, historical view.

In essence Replacement Theology teaches that the Christian Church has replaced God’s promise to Israel, asserting that the Abrahamic Covenant in Genesis 12:1-3 has been abolished thereby severing God’s ties to the 12 tribes of Israel.  According to this theology, God was lying when He told Abraham He  would give to him and his offspring “the land of your sojournings, all the land of Canaan, for an everlasting possession, and I will be their God.” Genesis 17:7-8.

God promised Abraham an eternal and everlasting promise that his seed would become a great nation that would always endure. “And I will bless them that bless thee, and curse them that curseth thee, and in thee shall all families of the earth be blessed.” Genesis 12:3.  God’s promise did not come with an expiration date.

In Jeremiah 31:35-36 we read: “Thus saith the Lord, which giveth the sun for a light by day, and the ordinances of the moon and of the stars for a light by night, which divideth the sea when the waves thereof roar; the Lord of Hosts is His name: If those ordinances depart from before me, saith the Lord, then the seed of Israel also shall cease from being a nation before me forever.” The last time I looked into the heavens the sun, moon and stars were still present.  Romans 11:29 reminds us that when God makes a promise (covenant) it is without “repentance,” meaning that when God promises something He doesn’t take it back.

The implications of Replacement Theology are frightening. If God did change His mind concerning His promise to Israel, how can we be certain that He hasn’t changed His mind concerning His promises to us?  Just as God continues to be faithful to His covenant with Abraham, He will also be faithful to those who are grafted into Israel through faith in Jesus, God’s savior, Yeshua.

“For I would not, brethren, that ye should be ignorant of this mystery, lest ye should be wise in your own conceits; that blindness in part is happened to Israel, until the fullness of the Gentiles be come in. And so all Israel shall be saved: as it is written, There shall come out of Zion the Deliverer, and shall turn away ungodliness from Jacob: For this is my covenant unto them, when I shall take away their sins.” Romans 11:25-27

You can read Replacement Theology – Fact or Fiction, by King of King Community Ministries

← A War of Ideologies
Fundamentally UnGlued →