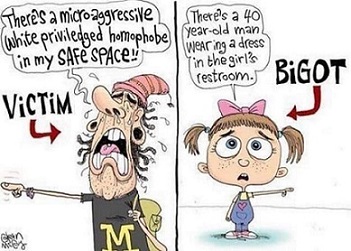 The political doctrine of Machiavelli denies the relevance of morality in political affairs and holds that craft and deceit are justified in pursuing and maintaining political power.

It is a term used to describe a tendency to be unemotional and therefore able to detach self from conventional morality hence, to deceive and manipulate others.  Machiavellians are unethical, cut-throat, immoral, unprincipled, unconscionable, unscrupulous, cold, selfish, greedy, self-loving individuals who embrace winning at any cost.  Geez, that describes the majority of left-wing politicians in D.C.

For those not familiar with Niccolo Machiavelli, his book, The Prince, written in 1527, laid bare the moral world of politics and the gulf between private conscience and demands for public actions.  “Anything can be done, no matter what the consequences may be, for the end result will be justified, and so the method used to obtain it is of no consequence.”  Some things never change!

America was founded in fervent opposition to the immoral concepts described by Machiavelli.  Our founding fathers publicly and prayerfully designed a constitution imbedded with natural laws, minority rights, respect for individuals and an elaborate diffusion of political power in the hopes of preventing such individuals described by Machiavelli from ever gaining control over our government.

Our founders knew that we either limit the size, scope and power of government, or we surely would become engulfed in political flames, ultimately burned by a tyrannical minority.  How right they were.

Don’t like Gitmo – release terrorist to commit more acts of terror!  Hate personal gun rights – destroy the Second Amendment!  Despise religion –  make certain beliefs illegal!  Some children are smarter than others – impose common core.  Some citizens don’t have enough stuff – steal it from others who worked for it.  Some nations have less wealth – send taxpayer money overseas.  Too much money in retirement savings – tax IRA accounts! Oppose gay marriage – government mandated sensitivity training! Dislike your oath of office – add America’s enemies to your administration! Don’t like the person America elects – lie to impeach.  Afraid he will win a second term – steal the election.

Our communities, political parties, media organizations, religious institutions and federalized government education system are ablaze in Machiavellian fire. Political ends are justified by whatever means the majority political party can popularize through social media. “If it feels good, do it” philosophy defines a direct democracy, a form of government so deeply feared by our founders, they created something far different – a representative Republic.

Unalienable rights can never be subjected to popular opinion, the latest fads, media polls or flash mobs whipped into euphoria by messianic political figures. Yet today, the left’s most powerful soldier is a straw man, a mythical enemy that draws its power from the human emotions of envy, greed, lust, pride, idolatry, and jealously.

To be successful, a straw man argument requires that the audience be ignorant or uninformed of the original argument.

Repeatedly throughout history, Godless men have amassed control and political power by introducing straw men, whipping citizens into an emotional frenzy and then converting human ignorance into political power.

It is as if an intravenous drip line with anesthesia has been inserted into our national bloodstream, rendering us defenseless while the masters of the Machiavellian arts operate to remove truth and history from our conscience.

Individually, we must choose to rip the propaganda IV from our arms and seek truth.

Our misplaced faith in man and institutions has led us down the road to hell.   Let’s hope that 2021 is the year that America comes to its senses.

← Reparations
Life Is Just Not Fair! →