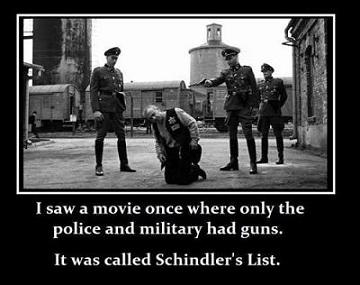 It is time to face the reality that we are living in dangerous times. With an open southern border through which disease, guns, drugs, illegal aliens and terrorists are flooding, with the attempted cover up of scandals too numerous to mention, the shameless attacks on traditional values and religious beliefs, the attempted destruction of a free and fair voting system, domestic terrorist attacks against American citizens, the gleeful slaughter of millions of our children, to the very real threat of tyranny, I can’t help but think of that old Bob Dylan song.  There’s a battle outside and its ragin’, It’ll soon shake your walls, for the times, they are a-changin’.”

When Americans can no longer trust their government, when they realize that the government can’t or won’t protect us, they have no choice but to trust in themselves. And nothing provides individuals more immediate, undeniable and irreplaceable protection than the 2nd Amendment. It is the one freedom that guarantees our lives, the one freedom we can count on to protect ourselves and our families when no one else can or will.

A 2014 article in the Wall Street Journal quoted CIA Director James Woolsey’s warning that “the most significant threat to the US” is the threat of an electromagnetic pulse (EMP) which can be triggered by a massive solar storm or caused by detonation of a nuclear device hundreds of miles above the earth, plunging much of the US into darkness and chaos that could last for years. This is not some vague conspiracy theory; it is a scenario that the most informed national security experts have warned Congress about for more than a decade.

Imagine your world blanketed in darkness: Everything from radio, TV and cell phones to air defense radar, to police, fire and EMS frequencies gone; no Internet, no public water or sewage treatment, no banking, no gas; no emergency response from hospitals or police.  Who would protect you or your family?  The Congressional EMP Commission reported that within one year as much as 90% of the US population could die from starvation, disease and the total collapse of civilization as we know it.

If EMP is not your thing, how about cyber terrorism? One hacker, able to remotely control a dam, pumping station, power grid, or oil pipeline could unleash large-scale devastation. Single acts of terrorism such as the one where unknown individuals shot up seventeen electrical transformers near San Jose, California, can be devastating. It took technicians almost a month to get the facility back online and that was just one substation. What would happen if terrorists did the same thing in coordinated attacks all across America?

Most large American cities already have an established, drug-funded Mexican drug-cartel presence. Even the Justice Department had to admit that Mexican drug gangs are operating in more than 1,000 U.S. cities.

There is at least 20,000 gangs with a million plus members embedded coast to coast.  More than 100,000 street gang members have been documented in Chicago alone. Add to that the volatile mix of thousands of hardened, dangerous criminals being released from prisons all over America; the waves of drug smugglers, kidnappers, sex-slave traffickers and criminals who invade our country across our unguarded southern border.

Even when you take terrorist and criminals out of the picture, chaos is an ever-present danger, especially when you factor in the undercurrent of social unrest we see throughout our country.  How many times have we seen crowds turn into angry mobs egged on by left-wing social activist?

I saw a t-shirt the other day that read: “Say your prayers and load your guns.”  I would say it is very applicable in this day and time.  Let’s face it, preparing to survive whatever comes our way is a simple fact of life or death. Prudent leaders prepare their nation. Prudent people prepare themselves.  The police cannot always be there to protect you and the government won’t.

If there is a battle cry for this age, it must be: We will not be left defenseless. We will not give up our freedoms. We will not surrender our safety to the lies of leaders who promise everything and delivery nothing.

Source: America’s First Freedom, “Is Chaos At Our Door?

← Can Marxism prevail in the Land of the free?
From Deplorable to Enemy of the State →