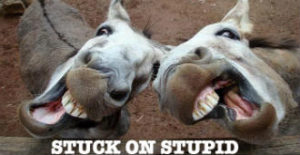 The Progressive answer to all cultural tensions is more indoctrination into various left-wing ideologies that define justice as substantive equality and blame “power structure” for social pathologies up to and including murder.

The world is unjust and those who are on the receiving end of the good things in life have a duty to make it just, or suffer the consequences of resentment and violent.

After all as the left loves to tell us, there is no justification for the unequal distribution of decent lives across the globe. We who benefit from the blind luck of being born into wealthy societies are to blame for the poverty of those born elsewhere. Everyone deserves a chance at life that includes the basic goods that allow us to experience life in some meaningful sense. Therefore, those that are forced to live in poor communities are justified in not only burning down their neighborhoods but also have a right of violence against residents of other neighborhoods.

In the same distorted sense terrorism is everyone’s fault, except the terrorists. Americans kill civilians bystanders in military operations and impose suffering through, for example, sanctions, thus surrendering any right to be outraged. American attacks against Islamic nations are more accurately “deemed acts of terror in their instrumental violence than are the acts of those who search for meaning, honor, and revenge when taking western lives,” at least according to left-wing professor Uwe Steinhoff at the University of Hong Kong. In other words we must excuse all terrorists acts and continue funding the usual leftist programs of social welfare and multiculturalism, thereby eliminating the social conditions that cause violence.

And, of course, the only way to achieve this meaningful life, to eliminate terrorism is the left’s ultimate goal, the redistribution of income and wealth spread evenly throughout the world. But it would be remiss of me if I didn’t point out that the first ethical step for anyone making this argument should be to surrender essentially all of his own goods beyond those necessary for bare subsistence. If one is responsible for inequality, one should begin by equalizing oneself for the benefit of those worse off. Right?

One might also add that, obvious to everyone but the left, is the fact that you cannot simply transfer wealth and income. Mechanisms are required, mechanisms run by human beings with human motivations that include greed and the desire for power. Thus, as anyone who takes the time to look will note, the foreign assistance so demanded by progressives is not merely inadequate but has, for decades, empowered self-interested bureaucrats and allowed elites in poor nations to enrich themselves and buy arms and armies to oppress their own people.

One could spend a lifetime going through the errors involved in a call to equalize wealth. They range from the overwhelming empirical evidence that socialist policies impoverish everyone to the equally overwhelming evidence that political control over the means of production and distribution leads to economic enervation, political centralization and violence.  Those who talk glibly about redistribution often act as if people are just inert objects that can be placed here and there, like pieces on a chess board, to carry out some grand design. But if human beings have their own responses to government policies, then we cannot blithely assume that government policies will have the effect intended.

Let’s be real!  Income redistribution is a precursor of Communism. How do you decide what is fair and who decides it? Will we need some sort of messy political and social compromise where we agree to empower government to steal a reasonable amount of money? What’s reasonable? Government cannot justify stealing from those that have and giving it to those that want it just because it has the power.  Or can it?

History is full of examples of countries that set out to redistribute wealth and ended up redistributing poverty. Communist nations are a classic example, but by no means the only example. In theory, confiscating the wealth of the more successful people ought to make the rest of the society more prosperous. But when the Soviet Union confiscated the wealth of successful farmers, food became scarce. As many people died of starvation under Stalin in the 1930s as died in Hitler’s Holocaust in the 1940s. Government can only confiscate the wealth that exists at a given moment. It cannot confiscate future wealth — and that future wealth is less likely to be produced when people see that it is going to be confiscated.

If we took all the goods of the earth and “redistributed” them “equitably,” it stands to reason the ones in control will get more and everyone else will be poorer, both the present rich and poor.  The whole notion of “redistribution,” as Bertrand de Jouvenel wrote in his famous book, is wrong-headed.   If we really want to help the poor to become not poor, the first thing we must do is stop talking of “redistribution,” which is, at bottom, a branch of envy theory. We have to look elsewhere, at innovation, thrift, incentive, proportionate justice, virtue, markets, culture, and growth.

“History has shown that a government’s redistribution of shrinking wealth, in preference to a private sector’s creation of new sources of it, can prove more destructive than even the most deadly enemy.”   Victor Davis Hanson

You can read Bruce Frohnen,’s article, Terrorism: It’s All Your Fault! In full at this link.

← Creating Money From Nothing
Complex Lies and Simple Truths →