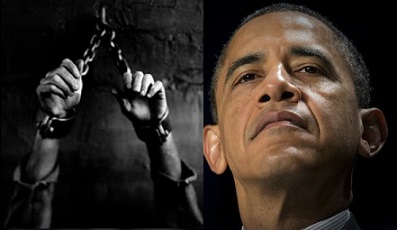 Tyrants like Hitler and Stalin embraced the first two forms of government proving beyond any doubt that they have nothing whatsoever to do with genuine freedom. The problem with government by the people, aka democracy, as Plato foresaw, is that it can easily become mob rule leading to anarchy which Oscar Wilde summarized as “freedom’s own Judas.”

Democracy and majority rule give an aura of legitimacy to government and decency to acts that would otherwise be deemed tyranny. Our founders held a deep abhorrence for democracy and majority rule. In Federalist Paper No. 10, James Madison wrote, “Measures are too often decided, not according to the rules of justice and the rights of the minor party, but by the superior force of an interested and overbearing majority.”

John Adams predicted that “democracy never lasts long. It soon wastes, exhausts, and murders itself. There was never a democracy yet that did not commit suicide.”  Edmund Randolph said, “… that in tracing these evils to their origin every man had found it in the turbulence and follies of democracy.” Chief Justice John Marshall observed, “Between a balanced republic and a democracy, the difference is like that between order and chaos.”

In other words, a pure democracy takes liberties in the name of liberty, enslaving others to the desires and demands of the majority. In such a government, government by the people is lost, leading to the  rule of a privileged few pursuing their own elitist self-interest.  That is why our founders intended for us to have a republican form of limited government where political decision making was kept to the minimum

So, what has this to do with slavery?

During a speech in the UK, Obama urged the British people to remain in the inherently undemocratic and egregiously corrupt tyranny of the European Union. When the Brits voted to leave the EU, Obama said that they would be pulling back from the world. What he couldn’t see is that they were pulling back from the prospect of world government of which the burgeoning imperialism of the EU was a building block.

The world citizen, utterly lacking authentic culture, will be as bland as the global brands with which he is branded. Compare this view of the globalist and globalized monoculture with the vision of the world as a patchwork quilt of national and regional cultures, all thriving because they are free from the globalist mania for homogenization. That is the difference between a garden full of biodiversity with multifarious flowers and fruits, on the one hand, and the flat prairie of monocultured monotony, on the other.

In each case the power of the ordinary man on the street is diminished as the forces of cultural, political and economic inclusiveness and empowerment are progressively eroded. It is a world in which his cultural identity, political liberty and entrepreneurial opportunity are stripped from him. Such a system of government of the people, but not by the people, can be likened to a Russian nesting doll in which each larger doll consumes each smaller one.

The alternative to this type of progressive slavery is the Russian doll in reverse, in which each of the smaller dolls is cocooned and protected from its bigger sisters by its own inherent dignity and being. Thus the smaller doll, the one at the center, is the individual human person whose inherent dignity cannot be violated by any political structure. The next smallest doll, the one that protects the inherent dignity of each human person contained within it, is the family. Next would be the local government, the only true and effective government by the people, which is close to the family and therefore responsive to its needs. Next would come the regional or state government and then the national government. Finally, insofar as it is needed if at all, there is trans-national government. According to this model, the larger entity has no political right to violate the inherent dignity of the smaller body.

If we do not do what is necessary to preserve and protect the smaller political entities in our world each of which serves as a layer of protection against the power of the all-consuming appetite of the giants of globalism, we will be at the mercy of forces way beyond any control by the people. Such a system of progressive centralization, which the EU represents and which Obama defends, is nothing less than slavery.