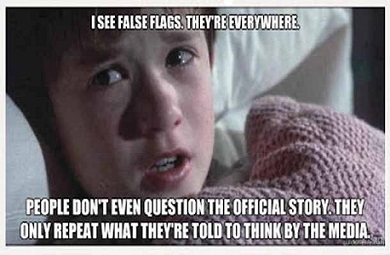 “By Psycho-politics our goals are effectively carried forward. To produce a maximum amount of chaos in the culture of the enemy is our first most important step. Our fruits are grown in chaos, distrust, economic depression and scientific turmoil. At least a weary populace can seek peace only in our offered Communist State, at least only Communism can resolve the problems of the masses.” Beria-Brainwashing: A Synthesis of the Russian Textbook on Psycho-politics.

According to Alinsky’s Rules for Radicals revolutionary change must be preceded by a passive, affirmative, non-challenging attitude toward change among the masses. They must be made to feel frustrated, defeated, lost, and so futureless in the existing system that they are willing to let go of their past and chance the future. That, thankfully, is not America – yet – because some voters are waking up to the cesspool that is D.C.

Whether real or contrived, the problems we face today, the racial strife, the influx of unvetted Islamic (possible terrorist) “refugees” or the open border policy that has flooded our nation with illegals dumped on cities an and states for taxpayers to support has alerted the voters to the fact that the federal government is either incapable or unwilling to deal with real issues.  I personally opt for unwilling.

Order out of chaos, or the Hegelian Dialect,  is an age-old formula for the establishment of world government.  Many believe that all this violence, the rioting, the destruction, the mass shootings, the targeting of police officers, is a false flag, if you will, designed to instill fear in the masses and justify the creation of centrally controlled government through martial law. While some may see this as nothing more than a crazy conspiracy theory, there is ample evidence,  not only from the past but connected to recent events which suggests that nothing is at it seems. Without due diligence, anything is possible.

For those not familiar with the term false flag, it is an attack conducted  under the flag of your enemy to bring a nation into war that the masses may otherwise oppose. By giving the impression the nation is under siege, the will of the masses can be manipulated into accepting war.

False Flags are almost always discredited as crazy conspiracy theories, but that isn’t always true.  The Reichstag Fire in Nazi Germany, for example, was said to be a false flag created by Hitler to consolidate his base.  Hitler blamed the fire on communists and used that as justification to unleash the Brown Shirts against his enemies, his political opponents. Once his power began to centralize, he had the brown shirts murdered in an attempt, perhaps, to hide the truth.

The U.S. has its own history of false flag operations.   For instance, the Gulf of Tonkin incident of 1964, declassified in 2010, revealed the truth about our intervention into Vietnam.  The story of the Vietnamese Patrol boats that attacked a  U.S. warship never happened.  Rather, it was a fabricated story designed to bring us into the Vietnam War. In fact, it was also revealed that the government knew this to be the case as early as 1968.

Operation Northwood was a plan devised by the Joint Chiefs of Staff to stage fake terror attacks on the American people and blame it on Cuba in order to justify an invasion. According to the Northwood document, it was imperative that the U.S. act before Cuba made any long-term defense agreements with the Soviet Union. This plan, which was declassified in 1997, was thankfully rejected.

Then there is the Japanese attack on Pearl Harbor. A recently declassified memo “suggest” that  FDR was warned of an impending attack three days prior to the bombing. It also suggested that FDR cut off US oil supplies to Japan in order to provoke the attack and then ordered a portion of the US fleet to Pearl Harbor to await destruction, all with the hopes of stirring the American people into entering the war.  Whether this is true remains to be seen but without the assistance of American forces in Europe, Europe as we know it would not exist today.

How many other false flag operations are out there? We’ll probably never know and maybe we’re better off not knowing.

There are those that claim that the federal government is deliberately attempting to destroy our Constitutional Republic.  Is it true?  Perhaps!   I personally believe that the left, aided and abetting by the ruling elite, are attempting to push through a “reasonable tyranny” where they slowly take away our God given rights under the guise of protecting us.  The ground  work has already been laid.  And without due diligence, anything is possible!

Let’s face it, rumors, plots and yes, conspiracy theories abound in every society whenever government becomes invasive. America, thank God, is not ripe for rebellion or martial law as long as the Constitution is intact and peaceful transfer of power is possible.  When that changes, anything and everything becomes possible.

Source:  Social Chaos and Race Wars Are Designed to Usher In Reasonable Tyranny by Liberty News

← Tutored in the Doctrine of Devils
Our Redemption Draweth Nigh →