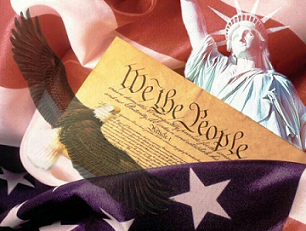 “In the next century nations as we know it will be obsolete; all states will recognize a single global authority and realize national sovereignty wasn’t such a great deal after all.”   Strobe Talbott, Deputy Secretary of State under Bill Clinton

Global governance  has been typically portrayed as the inevitable evolution upward from the primitive nation-state and its antiquated notions of constitutionalism and popular sovereignty.

Not “world government,” wildly unpopular among the peasants in America, but a rebranded alternative, more nuanced and sophisticated,  that would creep in on little cat feet before the Neanderthals  knew what was up.

Taking a clue from the European Union, these “globalistas” envision a world in which the “elite” will meet and fashion new rules of normal, “rubber stamped” without debate or voter input, and legislated into place by each nation’s ruling tyrant.   America’s adherence to sovereignty, rather than to multilateral human rights treaties and institutions, is however a stumbling block to the globalistas vision.

Sovereignty for Americans is not an abstract concept of international law and politics. From the birth of our great nation, our founding fathers firmly rejected sovereignty and legitimacy outside of a Constitutional framework of a representative government.  “No taxation without representation” was one early formulation and “We the People” the most famous and broadly influential.  We see ourselves as personally vested with sovereignty, an ineluctable attribute of citizenship, and react with negatively when the global elite insist that “pooled” or “shared” sovereignty is the future.

The majority of patriotic Americans would never accept the notion of giving up our freedoms to some unnamed, unknown and unelected entity whose interests bear little relation to our own.

In his book, Sovereignty or Submission, John Fonte provides several case studies of global government philosophy at work – international efforts to direct U.S. domestic policy; transmogrifying the law of war to constrain U.S. options and practices; the International Criminal Court; the attempt to isolate and delegitimize Israel; international migration and assimilation policies.  In short, he explains that the globalistas want to exploit both international law and domestic U.S. law to limit, constrain and intimidate us.  They seek to impose their version of international law over our own constitutional authorities.

Dr. Fonte predicts that the speed of the permeation of the globalist ideology into the groundwater of American self-determination will determine the pace of the withering of the tree of liberty planted so long ago by our Founding Fathers.

It is important to emphasize that the main threat to American sovereignty comes, not from the UN or other international institutions, but from American globalists themselves.   Organizations such as the Human Rights Watch,  the ACLU, the Arab-American Institute, La Raza, Mexican American Legal,  Education Foundation (MALDEF) and the Leadership Conference on Civil Rights have called for the United States to accept all UN human rights treaties without any reservations which would effectively subordinate our Constitution to global rules such as open borders, gun control, reparations, gender preference quotas, etc..

America’s response must be that we do not recognize a higher earthly authority than our Constitution, which no valid treaty can supersede or diminish.  There is still time for us to resist the subjugation of our military to multinational commanders, to resist the surrendering of the legislative power to supranational congresses populated with unaccountable bureaucrats, to resist the eradication of state sovereignty and reset the chronic disregard of Constitutional principles on the part of our elected leaders.

The struggle to preserve our constitutional system of liberty and representative government is a great unfolding political war, and unfortunately, the outcome is far from certain.

“Divide et impera [divide and conquer] must be the motto of every nation that either hates or fears us.”  Alexander Hamilton, Federalist #7

← Turning Normal into a Mental Illness
Is God Speaking to Us? →