“Insanity is repeating the same mistakes and expecting different 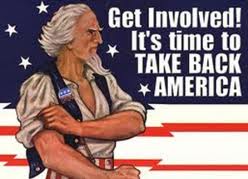 Many left-wing Americans are embracing a system that has persistently failed throughout history.  Hiding the true nature of their agenda by cradling socialism in words that sound warm, fuzzy and very appealing – words like  cooperation, collective effort, common good, and mutualism, they live in a collective stupor, having overdosed on a drug called arrogance.

These left wingers oppose the western tradition of “rugged individualism,” pushing instead for a herd mentality that allows the government to shepherd us toward ‘greener’ pastures. The independent ones, those that choose to paddle upstream rather than go with the flow, are ostracized and hated.

The modern anti-individualism movement is clearly on display in the left’s hatred for anything that is traditional. An individual who embraces the 2nd Amendment right to posses a firearm, the right to protect himself and others drives them insane.   The left senses an attitude in the “bitter clinger” that declares himself to be owner and defender of his own self. The gun control freaks are frosted when an individual refuses to call on and trust a collective government to protect him.

These people detest women who find fulfillment in being wives and mothers while embracing the feminazis that expect all female sheep to join the cause and collectively and competitively wage war on mail society.  They celebrate enthusiastically when a woman chooses to murder her unborn child; and posses a seething hatred for those who would choose individual families over collective feminisms. To the left, any woman who dares to devote herself to her family is weak and disgusting.  Stay-at-home mothers who home school are even more hated by the left because this kind of independence runs contrary to the idea that only a village can raise a child.

The “right to life” is selective and to be determined collectively rather than individually. While shouting that all women have a right to their own bodies, the feminist movement actually promotes the entire opposite. Sheepish females who have chosen to submit to the alpha females of the feminist movement must sacrifice their individual rights for the sake of the common ‘good,’ and their unborn babies must sacrifice their lives for the collective goal of feminism.

Progressive hate Christians and Jews because Judeo-Christian beliefs run contrary to their own.  They try to transform our Savior into some sort of social justice hero. But Jesus was no hater of children; he love the little ones and warned those who would kill them or corrupt them that “it would be better for them to be thrown into the sea with a millstone tied around their neck” (Luke 17:2) than to face the punishment stored up for those who destroy their own children.

Jesus taught a balance between individualism and collectivism. Eliminating one in an attempt to promote the other will lead to chaotic failure. Jesus asked his disciples as individuals to “take up their cross and follow him.” Then he taught them “not to forsake coming together in community.” I believe we can be a part of a community without sacrificing individual rights.

← Is God Speaking to Us?
Voting Fraud →