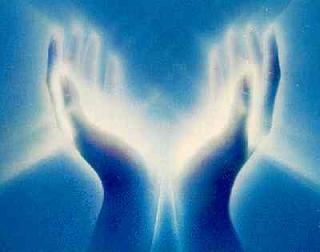 For well over a generation, we have been living on “cut-flower ethics.”    Fools and those possessing an arrogance bordering on self-deification think we will long survive as a decent society without teaching the Bible and without consulting it for moral guidance and wisdom.

In The Bible vs. Heart, Dennis Prager offers what he calls the most politically incorrect statement a modern American – indeed a modern Westerner, period – can make.  “ I first look to the Bible for moral guidance and for wisdom.   “I say this even though I am not a Christian, I am a Jew, and a non-Orthodox one at that.  And I say this even though I attended an Ivy League graduate school (Columbia), where I learned nothing about the Bible except that it was irrelevant, outdated and frequently immoral.  I say this because there is nothing — not any religious or secular body of work — that comes close to the Bible in forming the moral basis of Western civilization and therefore of nearly all moral progress in the world.”

The Bible was the moral guide for every one of the Founding Fathers of the United States, including those described as “deists.”  It is the book that formed the foundational values of every major American university. It is the book from which every morally great American, from George Washington to Abraham Lincoln to “Dr.” Martin Luther King, Jr., got his values.

It is this book that gave humanity the Ten Commandments, the greatest moral code ever devised.  It not only codified the essential moral rules for society, it announced that the Creator of the universe stands behind them, demands them and judges humans’ compliance with them.

It gave humanity the great moral rule, “Love your neighbor as yourself.”

It taught humanity the unprecedented and unparalleled concept that all human beings are created equal because all human beings — of every race, ethnicity, nationality and both male and female — are created in God’s image.  It taught people not to trust the human heart, but to be guided by moral law even when the heart pulled in a different direction.

Without this book, there would not have been Western civilization, or Western science, or Western human rights, or the abolitionist movement, or the United States of America, the freest, most prosperous, most opportunity-giving society ever formed.

If not from the Bible, from where should people get their values and morals?  The university?  The New York Times editorial page  or the Washington Post?  They have been wrong on virtually every great issue of good and evil in our generation.

They mocked Ronald Reagan for calling the Soviet Union an “evil empire.”  More than any other group in the world, Western intellectuals supported Stalin, Mao and other Communist monsters.  They are utterly morally confused concerning one of the most morally clear conflicts of our time — the Israeli-Palestinian/Arab conflict.  The universities and their media supporters have taught a generation of Americans the idiocy that men and women are basically the same.  And they are the institutions that teach that America’s founders were essentially moral reprobates — sexist and racist rich white men.

The modern substitute for the Bible is the heart.  We live in the Age of Feelings.

An entire generation of Americans has been raised to consult their heart to determine right and wrong. But those of us raised with biblical wisdom do not trust the heart. So when we are told by almost every university, by almost every news source, by almost every entertainment medium that the heart demands what is probably the most radical social transformation since Western civilization began,  it would be much wiser to trust the bible over man’s wisdom.

The Bible is one of the greatest blessings bestowed by God on the children of men.  It has God for its author, salvation for its end, and truth without any mixture for its matter.  It is all pure.   John Locke

source:  The Bible vs. Heart by Dennis Prager