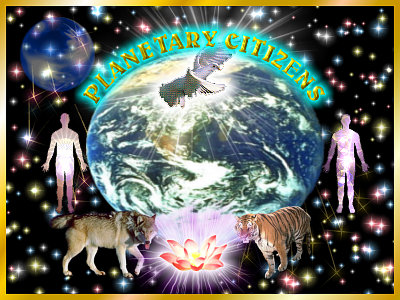 The Lindisfarne Center or Association is a group of ‘intellectuals’ organized by cultural historian William Irwin Thompson for the study and realization of a new planetary culture.  It was established in 1972 with funding by Sydney and Jean Lanier and later Lawrence Rockefeller, with funding from the Lilly Endowment, the Rockefeller Brothers Trust and the Rockefeller Foundation.

Lindisfarne goals were 1) the planetization of the esoteric; 2) realization of inner harmony of all the great universal religions and  spiritual traditions of the tribal peoples of the word; 3) the fostering of a new and healthier balance between nature and culture; and 4) illumination of spiritual foundations of political governance that fosters a global ecology of consciousness beyond the present ideological systems of waring, industrial nation-states’ outrageous traditional societies and ravaged land and seas.  Maurice Strong was their financial director.

Their original faculty included Amory Lovins, James Lovelock and David Spangler who wrote “Reflections on the Christ.”   According to this book “Lucifer, like Christ stands at the door of man’s consciousness and knocks.  If man says ‘Go away because I do not like what you represent, I am afraid of you’ – Lucifer will play tricks on that fellow.  If a man says ‘come in and I will give to you the treat of my love and understanding and I will uplift you in the light and presence of Christ, my outflow’ then Lucifer becomes something else again.  He becomes the being who carriers that great treat, the ultimate treat, the light of wisdom. . .”

The Lindisfarne Association was for years in the Cathedral of St. John The Divine at 1047 Amsterdam Avenue, New York.  This Cathedral is the mother church of the Episcopal Diocese of New York.  At this time the church was headed by the “Very” Reverend James Parks Morton.  While at St. John the Divine, Morton is quoted as saying that “the language of the ‘sacred earth’ has got to become mainline.”  He acted upon his belief by holding a St. Francis Day communion in which he  invoked the gods Yemanja, Ra, Ausar, and Obatala.  Other Sunday masses have included Sufi and Lakota ceremonies.

It was from the pulpit in 1979 that James Lovelock first publicly explained the Gaia (mother earth) theory – that the earth as a whole is a living, conscious organism.    Morton has also spread the green gospel nationwide by co-founding  the National Religious Partnership for the Environment, a group that has reached over 53,000 congregations of every faith across America with the ideas of sacred ecology and environmental responsibility.  He is also a board member of the Earth Charter Project and of Global Green, USA, an affiliate of Gorbachev’s Green Cross International.

Bishop Swing of the Episcopal Diocese of California is also a believer in the  movement.   Swing appointed  Matthew Fox a priest in the Episcopal Church and  has given moral and financial support for Fox’s ‘The Veriditas Project” – a new age revival of the ancient devotional practice of walking in labyrinths.  Fox, a former Catholic priest  holds a “Techno Cosmic Mass”  encompassing theologians of Christian, Buddhist and Muslim Faiths  with a focus on Angels or the Celtic tradition of Reviving the Sacred Masculine, or the Return of the Divine Feminine theme or by display of over 700 goddess images from all cultures projected on the walls of his church.  Fox also incorporates dance in his mass – “dancing is one of the oldest forms of prayer which you see in the African and native American traditions, the Jewish and Christian traditions as well.  Dance gets people into their lower chakras, the direct line with the life force.”

I am in no way suggesting that only the Episcopal Church has slid off the deep end.  You can find these New Agers in every denomination and it would require too many articles to include them all.  Basically, they all hold to the same ‘lack of belief’ in God.  Take a look at your own Church!

David Spangler of Lindisfarne says that the “new gurus” [of the New Age Movement] are now accepting “their divinity” and are forming the basis for the government of the future.  TRUST ME, THIS FUTURE DOESN’T INCLUDE ANYONE WHO DISAGREES WITH THE MOVEMENT.

Jean Houston, spiritual mentor of Lauren Artess, the Episcopal priestess who runs the Labyrinth project at Grace Cathedral in San Francisco says that “it could be that the human race will end as a vast failed experiment. . .And the plant will shake its shoulders, let’em slide off and the dolphins will inherit the earth.”

At the New Age Earth Charter website, “The Green Grass Earth Charter Philosophy” calls for fundamental economic, social changes that address root causes of poverty and environmental degradation, stabilization of the earth’s population, and  Zero growth of material economy to be accomplished by global sovereignty.  The Earth Charter is the brainchild of Gorbachev and Maurice Strong.  Ted Turner is also involved.   When Maurice Strong speaks, you should pay attention.  Not only does he chair the Earth Council but hangs around with such heavy weights as Bill Clinton, Bill Gates, Kofi Annan, Tony Blair and George Soros, but with  many CEO’s of large corporations like General Motors, and  Goldman Sachs.

The New Age gurus are “concerned” with overpopulation which they believe will destroy the ecosystem.  Some enlightened followers such as Jacques Yves Cousteau once said that the “world population must be stabilized and to do that we must eliminate 350,000 people a day.”     Eco-feminist theologian Rosemary Ruther told a 1998 ecological conference that “we need to seek the most compassionate way of weeding out people. . .In place of the pro-life movement we need to develop the spirituality of recycling. . .a spirituality that includes ourselves in the renewal of earth and self.  We need to compost ourselves.  We must return to the population level of 1930 – about 2 billion people.”    For several decades Barbara Marx Hubbard has predicted “personal extinction for people who will not get with the New Age program.”  Hubbard believes that Satan is part of the selection process that will bring forth the “self-elected from the self-rejected” and “only those connected to the whole will survive.”

New Agers tend to view humanity as an invading pestilence to be squashed beneath the sandals of the enlightened.   Humans, as a destructive pest, must have their population controlled and even reduced to sustain the earth.  Prince Philip, Duke of Edinburgh, patron of the World Wildlife Fund once said that “If I were reincarnated I would wish to be returned to earth as a killer virus to lower human population levels”.    “Childbearing should be a punishable crime against society, unless the parents hold a government license,” according to David Brower of the Sierra Club.

Believers in Gaia or Gaians claim that the earth is a sentient super-being, an ancient goddess spirit, deserving of worship and 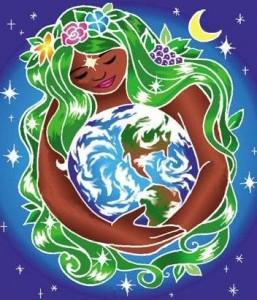 reverence.  Gaians teach that the Earth Goddess [mother earth] must be protected from human activity.  This is the belief that fuels the environmental movement and sustainable development.  In Greek mythology, it was Gaia that brought order out of chaos.  Today these Gaia worshippers believe that humans have evolved to a point where they [Gaia worshippers) have become Gaia’s “global brain”.  “Just as the human body uses a fever to fight off an infection, Gaia is raising her temperature to expel a harmful parasite – humans”.  Those parasites are anyone that doesn’t fall for this garbage.

Climatology was the first branch of science to actively endorse the Gaian theory that earth was a single, self-regulating system, led by Steven Schneider, Professor of Climatology at Standford, who organized the first international scientific conference to discuss “the implications of Gaia.”  “We need to get some broad based support, to capture the public’s imagination. . .So we have to offer up scary scenarios, make simplified, dramatic statements, and make little mention of any doubt. . .Each of us has to decide what the right balance is between being effective and being honest.”

A google search for Gaia pagan will reveal thousands of organizations proudly proclaiming themselves to be pagan priests.  Wicca, which is said to be  the fastest growing religion in the U.S. is part of Gaia worship.  The feminist movement has also embraced the concept of Gaia as goddess.  According to Miriam Starhawk, the “symbolism of the goddess has taken on an electrifying power for modern women. It has exposed the falsehoods of patriarchal history and given us models for female strength and authority.”

The United Nations Global Biodiversity group claims that  “conversion to Christianity has meant an abandonment of an affinity with the natural world. . .”   While condemning Christianity and Islam as the root of all environmental evil, they praise Buddhism and Hinduism. Big Al Gore, our favorite environmentalist nut claims that “prehistoric Europe and much of the world was based on the worship of a single earth goddess. The fate of mankind, as well as of religion, depends upon the emergence of a new faith in the future.  Armed with such a faith, we might find it possible to re-sanctify the earth. . .”

There is also a global campaign to bestow legal rights on mother earth through a United Nations Convention to Protect Mother Earth.  Maude Barlow says that although it will not be easy to “have the rights of mother earth understood and adopted. . .it will happen one day.”  According to U.N. Department Secretary–General Asha-Rose Migiro “it is not too late to change course and improve our relationship with mother earth, but time is running out.”  Read “The Rights of Nature: The Case for a Universal Declaration of Rights of Mother Earth and Wild Life: A Manifesto for Earth and Justice” here.

To worshippers of ecology, evolution is god and the greening of the earth is their worship.  “What if Mary is another name for Gaia? Then her capacity for virgin birth is no miracle. . .it is a role of Gaia since life began. . .She is of this Universe and, conceivably, a part of God.  On earth, she is the source of life everlasting and is alive now; she gave birth to humankind and we are part of her.”  Sir James Lovelock

As some Christian denominations have been brought into this New Age movement through their affiliation with the National Council of Churches, the World Council of Churches and the National Religious Partnership for the Environment, the direct result has been a further decline into immorality and chaos. Read the paper –  watch the news!  True Christians will never be a part of this global worship.  When men begin to worship the creation rather than the Creator, God’s wrath will be released.

“Because that, when they knew God, they glorified Him not as God, neither were thankful; but became vain in their imaginations, and their foolish heart was darkened.  Professing themselves to be wise, they became fools. . .Who changed the truth of God into a lie, and worshipped and served the creature more than the Creator, who is blessed for ever.  Amen.”   Romans 1:21-25

“Woe unto the wicked! it shall be ill with him: for the reward of his hands shall be given him.  As for my people, children are their oppressors, and women rule over them.  O my people, they which lead thee cause thee to er, and destroy the way of thy paths.  The Lord standeth up to plead, and standeth to judge the people.”  Isaiah 3:11-13