New Jersey Governor Chris Christie addressed the American Israel Public Affairs Committee (AIPAC) last week.  In the few words reported by the Weekly Standard magazine, he said just about everything one needs to know about Israel; about America and Israel; and about American political leadership. 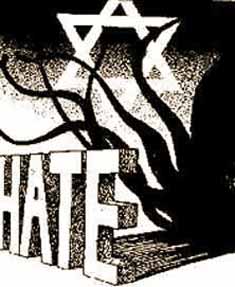 “America should stand by its friends and its democratic allies, even, and sometimes especially, when it’s unpopular to do so. . .It may not fashionable in some of the chancelleries, the foreign ministries, and salons around the world to talk about why America stands with Israel – but that’s no excuse not to be saying it and saying it loudly.

I admire Israel for the enemies it has made.  Americans and Israelis believe – we know deep in our bones – that if the Islamic Republic of Iran acquired a nuclear weapons capability, it will be an existential threat to Israel, to America, and the world civilization itself.  A threat to Israel is a threat to America.  A threat to the Israeli way of life is a threat to the American way of life.  Not only for here in America, but for all the nations that emulate our democracy or are trying to emulate our democracy around the world.

Stopping Iran from acquiring nuclear weapons capability must be a top priority of the United States of America.  Any president, Republican or Democrat, who allows such a thing to occur on his watch would be acting in a way that is profoundly against the national security interests of the United States and the security interests of our friends in Israel.”

In a few words, a New Jersey governor, generally identified only with state and national issues, made the case for Israel, why America should support Israel, and why Iran must not be allowed to obtain nuclear weapons at least as clearly and eloquently as – and perhaps more so than – any major political figure in America today.

Of the 30 countries Obama has visited since becoming president, he has found time to  visited Turkey, Iraq,  Saudi Arabia, Egypt, Indonesia, and Afghanistan, all Muslim.  He has not once visited Israel, the only country in that part of the world that shares America’s values.

The greatest mistake – ultimately a suicidal one – that good people make is to dismiss anti-Semitism as the Jews’ problem.  It is everyone’s problem.

Supporting Israel is a matter of principle, morality and in America’s national interest.   We have developed a vital economic and security alliance based on shared democratic principles, deep cultural ties and common strategic interests since the state of Israel was founded in 1948.

We must keep Israel secure by ensuring that U.S. support remains strong.