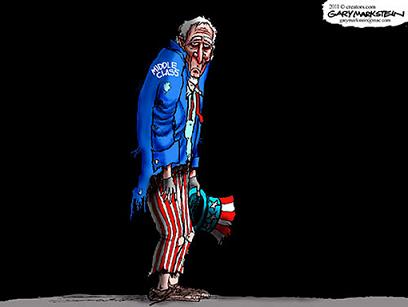 In 1981 the CIA published a report of its assessment of the Russian economy, concluding that in the USSR economic prospects were “gloomier and policy choices more difficult than at any time since Stalin’s death.”

“During the past few years, the USSR has experienced: A major slowdown in oil production growth and a decline in coal production.  A major rise in energy costs.  A fall-off in investment and labor-force growth.  Their problem is that annual increments to national output. . .will be too small to to permit: The increases in investment in industry, agriculture, and transportation needed to revive the economy in the latter part of the decade.  Continued growth in defense spending at the rates of the past (4 to 5 percent per year on average).  Greater support to Eastern Europe.  Any substantial increase in consumer welfare.  Simply stated, something will have to give.”

Before the decade ended, the Soviet Union collapsed.

On the home front: How does the U.S. Compare?

In November 1989, 66.6% of the American civilian population, age 16 and up, participated in the work force – meaning they either had a job or were actively looking for work.  By September 2012 that number decreased to 63.6%.

History proved the CIA assessment of the Soviet Union correct.   Without some drastic changes in our economic policies, America will follow suit!

Source:  CNN, Terence Jeffrey “Reduced Growth – Something Will Have To Give”