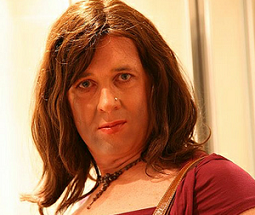 ENDA, The Employment NonDiscrimination Act – HR 1397/S 811 is a radical piece of legislation that will hurt our children and force schools to hire and retain transgender teachers in every school district in America, granting them “protected” minority status.

It is a clear violation of religious liberties and rights of conscience of Christians everywhere and is broader than any federal discrimination law ever passed both in its definition of discrimination and protetions it provides.

HR 1397 was introduced in 2011 by Congressman Barney Franks, while S811 was introduced in the Senate in 2011 by Jeff Merkley, D-OR.  Merkey’s bill is cosponsored by Repubicans Olympia Snow and Susan Collins, Republicans of Maine.  Both bills had been  in committee since April of 2011, without any action  until this summer when the Senate Committee held a hearing.  Senator Merkley said he thinks “it’s long past time for the Senate as a whole to debate and pass this bill.”

ENDA was primarly authored by Chai Feldblum, a self-proclaimed lesbian who Obama chose to serve on the Equal Employment Opportunity Commission (EEOC), an organization that would be in charge of enforcing the law.  According to Chai she does feel empathy when the rights of religious people are subordinated to that of the gay community but, it must and will happen.   “I’m having a hard time coming up with any case in which religious liberty should win.”  Chai has also written favorably about polamory – the practice of having multiple sexual partners concurrently and she wants the government to treat these relationships the same as one man/one woman marriage.  She also wrote  that once a religious person or institution enters the stream of commerce by operating an enterprise such as a doctor’s office, hospital, bookstore, hotel, etc., “the enterprise must adhere to a norm of nondiscrimination on the basis of sexual orientation or gender identity.”  It is pretty easy to see whose side she will be in any EEOC investigation.

ENDA creates newly invented rights for individuals that are pitted against our Constitutional guaranteed rights of religious freedom and free speech.  In addition to protection for gays, lesbians, bisexuals and transgenders, ENDA ads gender identity to the list.  According to the American Psychiatric Association’s “Diagnostic & Statistical Manual of Mental Disorders,” Gender Identity Disorder or Transvetic Fetishism as it is sometimes called is a mental illness.

Camille A. Olson, an attorney with Seyfarth Shaw LLP, testified at the Senate hearings on ENDA and noted that as written, it fails to define whether or not 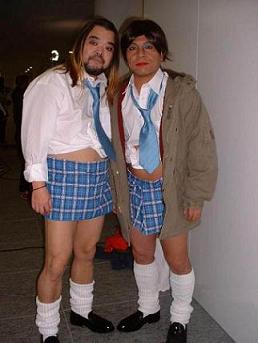 employers will be required to modify existing restrooms and show facilities along with failing to define what it means for a person to have “undergone” or who is “underdoing” gender transitions.  We already have a hint as to how this will play out.  The Department of Justice forced the University of Arkansas at Fort Smith to allow an anatomically correct male student  who clams to have a gender identity disorder to use the women’s restroom on campus despite opposition from female students.

ENDA will require businesses to eliminate viewpoints contrary to the promotion of the LGBT agenda.  There goes Free Speech.  If ENDA is passed, it will unleash a flood of discrimination lawsuits against businesses, colleges, nonprofit organizations – lawsuits most small businesses and organizations cannot afford to fight.   On top of that Chai  Feldblum made certain that she could keep her finger in the pot.  EEOC,  which was set up as an investigation body,  will have the authority to levy fines and grant attorney fees to alleged victims of sexual discrimination for sexual orientation or gender identity.

Chai did add some religious exemptions as an attempt to offer a false sense of security for the religious community.  Religious denominations or organizations operated by religious organizations will be provided some protection while other non-profit, Christian and religious organizations such as counselors, Christian camps, day camps, publishsers, and even the media will have to comply.  When the courts get involved and believe me, they will,  and decide that discrimination against the LGBT community is equal to discrimination against a person because of his race – there will be no exemptions left in the law for any religious group.  Look at what happened to ObamaCare!

John Berry, an openly practicing homosexual runs the Office of Personnel Management for the government.  In a speech at a LGBT conference he called ENDA the most important piece of legislation the LGBT can get enacted and signed into law.   “If we can get ENDA enacted into law, it is only a matter of time before all the rest happens.”  The rest meaning the complete breakdown of morality in America.

ENDA is not about ending the stigmatization of any one group of people.  It targets religious organizations and free speech, as those with conscience objections or religious reservations will be under the threat of lawsuits in order to accommodate this new “protected class.”   Rest assured, if  this legislation makes onto Obama’s desk, he will sign it.  And, once ENDA is signed into law there will be a push for a federally recognized imprimatur on bizarre behaviors such as apotemnophilia, pedophilia, prostitution, coprophilia and zoophilia,  which are considered misdemeanors of felonies in most states.  And, if Obama is re-elected, they will get a warm reception in Washington.