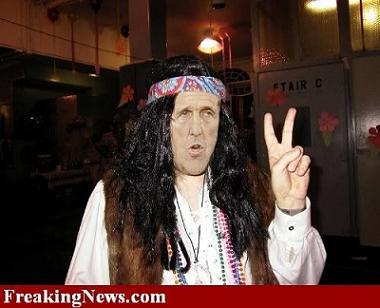 John Kerry’s record of promoting American values abroad is dismal.   He doesn’t oppose U.S. intervention – as long as the U.S. is intervening on behalf of the bad guys.

Kerry’s leftist view, his communist affiliation during the Vietnam war era and his desire to impose his socialist views on others may make him a perfect fit for Obama but it won’t be good for third world countries or U.S. interests.

Those in Latin America know all to well the dangerous combination of John Kerry’s arrogance and naivete.  In 1985, in the midst of the Cold War, he led a congressional delegation to Nicaragua to meet with Sandinista comandante Daniel Ortega.  The Sandinista reputation as a human rights violator was well established and the Soviets were stalking Central America yet Kerry advocated an end to U.S. support for the resistance known as the “Contras.”  The House took his advice and voted down a $14 million aid package.  The very next day Ortega went to Russia to obtain $200 million in support and   Congress had to reverse gears and granted $27 milliion in humanitarian aid to the Contras.

Writer Paul Berman exposed the Sandinista oppression when he wrote In Search of Ben Linder’s Killers in 1996.  He had gone to the Nicaraguan highlands to learn how the Sandinista sympathizers from Oregon had died and in the process he also learned about the peasant rebellion against the Sadinistas.  In the beginning the  peasants had joined Marxist intellecturals calling themselves Sandinistas to overthrow dictator Anastasion Somoza,  but they soon learned that they had only become slaves to a new master in the 1980s.  Instead of liberating the country, the  Sandinista National Liberatio Front had ethically cleansed the Miskito Indians and destroyed the Nicaraguan Jewish community.

During Kerry’s  2004 presidential candidate campaign, he told a Boston audience that the Colombian guerrillas (Sandinistas),  famous for killing and maiming civilians, “have legitimate complaints.”   Kerry was then  blessed with an endorsement from Sandinista comandante Tomas Borge and Argentina’s Perionist Cristina Kirchner.

In 2009 Kerry once again went to bat for the dark side in Honduras.   President Manuel Zelaya, an ally of Hugo Chavez, was unconstitutionally trying to extend his time in office.  The Honduran Supreme Court ordered the military to arrest him and all other branches of the government, the Catholic Church, Honduras’s human-rights ombudsman and Mr. Zelaya’s own party backed the court’s decision.

Chavez, Fidel Castro and the Obama administration called the court’s actions a “coup de’etat” and moved to isolate the country.   Senator Jim DeMint planned a fact finding trip to Tegucigalpa but Kerry’s office tried to stop him by blocking funding for the trip.  When the Law Library of Congress concluded that the Honduran court had acted legally, Kerry wrote to the head of the Library demanding that they “retract and correct” their opinion.  In 2010 Kerry sent a staffer to Honduras to pressure officials to adopt Obama’s “coup” narrative.

When it comes to Cuba, Kerry killed democracy funding for the island just last year and complained that the United States clings to a Cuba “policy that has manifestly failed for nearly 50 years.” By that Kerry meant the Castro embargo, which he had steadily opposed for as long as he had been in the Senate.

Eighteen months before Osama bin Laden was found living in a compound at the heart of Pakistan’s military establishment, Senator John Kerry was celebrating the passage of the “Enhanced Partnership with Pakistan Act,” also known as the Kerry-Lugar Pakistan Bill.  Under either name, Kerry was offering $1.5 billion a year for five years to a government that had a long history of ties to the Islamic terrorists that the United States was fighting.

Kerry was a big supporter of Syrian President Bashar al-Assad arguing several years ago that he could help bring peace to the Middle East.  In a visit to Qatar with prime Minister Hamad bin Jassim Al Thani and the Emir of Qatar, Hamad bin Khalifa, Kerry discussed the Israeli-Palestinian peace process, as revealed by the disclosure of diplomatic cables by the website WikiLeaks.  The emir told Kerry to focus on Syria as the path toward resolution of the Arab-Israeli conflict. Kerry agreed with the emir that Syrian President Bashar al-Assad is a man who wants change but pointed out that his arming of Hezbollah and interference in Lebanese politics were unhelpful.  Kerry also agreed with the emir that the Golan Heights should be given back to Syria at some point and that  Netanyahu also needs to compromise and work the return of the Golan Heights into a formula for peace,” the diplomatic cable reported.

Kerry has stated that he opposes privatizing Social Security,  supports abortion rights  for adult women and minors, supports civil unions for same sex couples, opposes capital punishment except for terrorists, supports most gun control laws, and is generally a supporter of trade agreements.  He supported the North American Free Trade Agreement and Most Favored Nation for China but opposed the Central American Free Trade Agreement.  He is a member of the Democratic Leadership Council, which advocates liberal and neoliberal positions.  Most analyses place Kerry’s voting record near to, or somewhat to the left of, center within the Senate Democratic caucus.

John Kerry has continually been on the wrong side of history and asking Americans to now believe that he will be any different as secretary of state is asking them to suspend common sense.  But with backing from both sides of the isle it is a forgone conclusion that he will replace Hillary.

← Obama Throws Down The Gauntlet
The Fiscal Cliff Oink! →