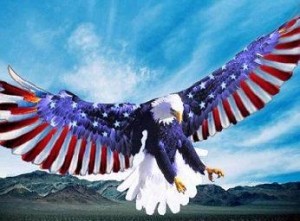 At issue is Article IV, Section 3, Clause 2 of the U.S. Constitution – the “Property Clause.”  Proponents of federal expansion on both sides of the political aisle argue that this clause provides warrant for the federal government to control land throughout the United States.   But that is a false assumption.

Article IV deals exclusively with state-to-state relations such as protection from invasion, slavery, full faith and credit, creation of new states and so on.   Historically, the Property Clause delegated federal control over territorial lands up until the point when that land would be formed as a state.   The clause was drafted to constitutionalize the Northwest Ordinance, which the Articles of Confederation did not have the power to support. This ordinance gave the newly formed Congress the power to create new states instead of allowing the states themselves to expand their own land claims.

The Property Clause and Northwest Ordinance are both limited in power and scope. Once a state is formed and accepted in the union, the federal government no longer has control over land within the state’s borders.   No “unclaimed” lands are technically in existence now, therefore, the Property Clause no longer applies within the realm of federal control over these states.

In America’s infancy, the Supreme Court of the United States upheld the Founding Fathers’ understanding of federal control over land. Justice Stephen J. Field wrote for the majority opinion in Fort Leavenworth Railroad Co. v. Lowe (1855) that federal authority over territorial land was “necessarily paramount.” However, once the territory was organized as a state and admitted to the union on equal ground, the state government assumes sovereignty over federal lands, and the federal government retains only the rights of an “individual proprietor.” This means that the federal government could only exercise general sovereignty over state property if the state legislature formally granted the federal government the power to do so under the Enclave Clause with the exception of federal buildings (post offices) and military installations. This understanding was reaffirmed in Lessee of Pollard v. Hagan (1845), Permoli v. Municipality No. 1 of the city of New Orleans (1845) and Strader v. Graham (1850).

However, it did not take long for the Supreme Court to begin redefining the Constitution and legislating from the bench under the guise of interpretation.  Case by case, the Court slowly redefined the Property Clause, which had always been understood to regard exclusively the transferring of federal to state sovereignty through statehood, to the conservation of unconstitutional federal supremacy.  Federal supremacists sitting on the Supreme Court understood that by insidiously redefining this clause then federal power would be expanded and conserved.

Through the centuries, by the hand of corrupt federal judges,  sleazy  politicians and bureaucrats,  we arrive at  the Bundy Ranch in Nevada. The Founding Fathers never imagined the citizens of a state would be subject to such treatment at the hands of the federal government.  Furthermore, they certainly never imagined the state legislatures themselves would allow such treatment to go unchecked.

Nevada’s Constitution   Section 1, titled “Inalienable Rights,” reads:  All men are by Nature free and equal and have certain inalienable rights among which are those of enjoying and defending life and liberty;  Acquiring, Possessing and Protecting property and pursuing and obtaining safety and happiness.

Eminent domain is clarified in Section 22, requiring that the state prove public need, provide compensation for and documentation before acquiring private property.   So, by their own Constitution, Nevada could not grant land to the federal government, without first controlling that land.  Bundy’s family has controlled the land for more than 140 years.

The Bureau of Land Management (BLM), which is an agency created by Congress, claimed that Bundy was “violating the law of the land.” Perhaps the agency has forgotten that the law of the land is the Constitution, and the only constitutional violation here is the very  existence of the BLM’s presence in Nevada.

← Are You Ready – Are You Prepared?
Sheriff Mack – “Feds are preparing a raid on Bundy Home” →