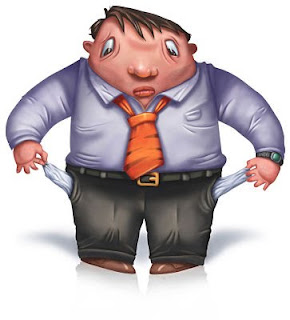 If you really think Obama and the amnesty crowd are genuinely concerned with the plight of illegal aliens, it is time to call Otis, – your elevator is stuck in the basement.

Seven American tech companies spent $13.8 million during the first three months of this year to secure Senate votes on a proposal that would dramatically expand temporary visas and green cards for foreign workers in the technology field. Just to hedge their bet, Mark Zuckerberg of Facebook, assembled some of the wealthiest techies, including Bill Gates and Google chairman Eric Schmidt, to underwrite FWD.us, just to convince you, the American worker, that having all these foreigners taking your jobs is a good thing for the economy.

Zuckerberg has also personally launched two subsidiaries with vague, patriotic sounding names – Americans for a Conservative Direction and the Council for American Job Growth, to convince all you conservatives and independent voters out there that giving American jobs to foreigners is the patriotic thing to do.

The Tech Industry, indeed, any industry employing STEM workers stands to benefit  if the Senate proposal, which dramatically alters the way the federal government grants visas and green cards, ever passes. Currently, most green cards are issued based on family ties to a U.S. citizen. In 2012 only 14% of total immigrants were granted green cards tied to employment. Under the new Senate proposal, about 50% of green cards issued would be employment based.

The Senate bill includes another Techie  sought after measure that increases the annual cap on the number of temporary H1B visas from 85,000 to 205,000 which go primarily to college educated foreigners in (STEM) science, technology, engineering and mathematic fields.

These wealthy Techies, along with the ever popular left wingers are lying through their tightly clutched little teeth that there is a shortage of qualified American workers to take these jobs.  If a shortage of qualified workers actually existed wouldn’t wages be flying through the roof as companies attempt to attract scarce workers? Instead, legislation that expanded visas for IT personnel during the 1990s has kept average wages flat over the past 16 years.

Those pushing for even more foreign workers to take American jobs seem to have forgotten about the hundreds of thousands of American high-tech workers who are being shortchanged — by wages stuck at 1998 levels, by diminished career prospects and by repeated rounds of layoffs.

The facts are that, excluding studies financed by those with business money, there is a remarkable concurrence among a wide range of researchers that there is an ample supply of American workers (native and immigrant, citizen and permanent resident) who are willing and qualified to fill the high-skill jobs in this country. The only real disagreement is whether supply is two or three times larger than the demand.

The desire for cheap, skilled labor in the business community and the votes purchased in Congress have resulted in policies that have flooded America’s job market with foreign STEM workers which has created a grim reality for the scientific and technical labor force: glutted job markets, few career jobs, low pay, long hours, and dismal job prospects for postdoctoral researchers in university labs, near indentured servitude for holders of temporary work visas.

The STEM job market is mired in a job recession, with unemployment rates two to three times what we would expect at full employment. According to Ronil Hira, an engineer and professor of public policy at Rochester Institute of Technology, in a 2011 Senate Judiciary Committee hearing, “Loopholes (created by greed) have made it far too easy to flood the U.S. job market with foreign workers with ordinary skills to substitute for, rather than complement, American workers.”

Another scientific workforce published in 2005 by the National Academies “Bridges to Independence”, produced by Thomas Cech, the Nobel Laureate in Chemistry, documented a genuine shortage –  viable career opportunities for American scientists.

According to the Economic Policy Institute, more than 80% of H-1B visa holders are approved to be hired at wages below those paid to American-born workers for comparable positions. Experts who track labor conditions in the technology sector say that older, more expensive workers are particularly vulnerable to being undercut by their foreign counterparts. “You can be an exact match and never even get a phone call because you are too expensive,” says Norman Matloff, a computer science professor at the University of California-Davis. “The minute that they see you’ve got 10 or 15 years of experience, they don’t want you.”

Claims of workforce shortages in science and engineering are hardly new. Indeed there have been no fewer than five “rounds” of “alarm/boom/bust” cycles since World War II. Each lasted about 10 to 15 years, and was initiated by alarms of “shortages,” followed by policies to increase the supply of scientists and engineers. Unfortunately most were followed by painful busts—mass layoffs, hiring freezes, and funding cuts that inflicted severe damage to careers of both mature professionals and the booming numbers of emerging graduates, while also discouraging new entrants to these fields.

Three tech advocacy groups  have launched a labor boycott against Infosys, IBM and the global staffing and consulting company ManpowerGroup this year, citing a “pattern of excluding U.S. workers from job openings on U.S soil.”  They say Manpower, for example, last year posted U.S. job openings in India but not in the United States.  “We have a shortage in the industry all right — a shortage of fair and ethical recruiting and hiring,” said Donna Conroy, director of Bright Future Jobs, a group of tech professionals fighting to end what it calls “discriminatory hiring that is blocking us … from competing for jobs we are qualified to do.”  “U.S. workers should have the freedom to compete first for job openings.

And, if you’re not concerned with STEM jobs, chew on this.  Obama issued an executive order to provide spouses of foreign workers with 100,000 jobs in the U.S., jobs that many American workers, including women, will be denied.

← Disagree with Allen West, You’re Racist!
Hot Spots for Terrorist Attacks! Is Your County on the List? →