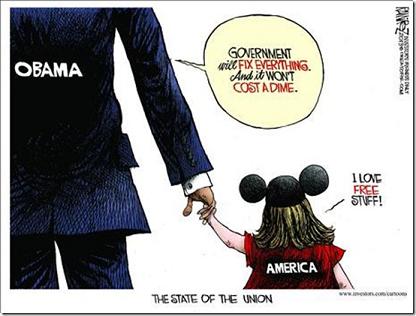 I love how the left gets religion when it suits their cause.

Labor czar Tom Perez is evangelizing Obama’s latest assault on the free market and jobs. Only slightly better than Obama when it comes to invoking the name of God to push socialism, Perez claims hiking minimum wage is about biblical teachings. Oh and he threw in the Quran, the Torah and Martin Luther King, Jr. for good measure. He lost me when he invoked Islam.

Perez says that Obama’s latest attack would include a ‘relentless’ drive to increase minimum wages and stop ‘wage theft’ by forcing business to provide overtime, and sick leave.  Anyone hear Stalin, Lenin and Marx applauding in the background.

According to the Bureau of Labor Statistics it is a myth that a huge number of heads of households work at minimum wage. Fewer than one out of 20 hourly workers (4.3%) earned at or below the federal minimum wage in 2013. And, since under 59% of the workforce is paid hourly, the percent of workers earning minimum wage is closer to 2.5%, or 1 in 40.

Texas A&M University economists Jonathan Meer and Jeremy West published a paper in December 2013 through the National Bureau of Economic Research “indicating that job growth declines significantly in response to increases in the minimum wage…” and this decline in jobs growth is primarily “driven by a reduction in job creation. . .” The study by Meer and West concluded that “the effect on job growth is concentrated in lower-wage industries and among younger workers.”

During the last federally mandated series of minimum wage hikes from $5.15 to $7.25, teenage labor force participation plunged from 41% to a low of less than 33% as total unemployment jumped from near 15% to a high of more than 27%, proving beyond any doubt that when minimum wage is set above the equilibrium market price for unskilled labor, employers are forced to hire fewer young, low skill workers.  In a competitive market anything that artificially raises the price of labor, cuts the demand for it and the first to lose their jobs will be the least skilled.

As for the rest of Obama’s attack on jobs, economists have repeatedly found that when the government requires businesses to offer a benefit, they do so and then take the cost out of the worker’s pay. Ironically, some of the best research on this comes from ObamaCare’s Jonathan Gruber who boasted that the healthcare law took advantage of American’s stupidity. Gruber’s research found that mandated increases in medical benefits and mandatory workers compensation insurance lead to offsetting reductions in cash wages.

There is no such thing as a free lunch – someone pays for it!

“The minimum wage is the black teenage unemployment act. It is the guaranteed way of holding the poor, the minorities and the disenfranchised out of the mainstream is if you price their original services too high.” Arthur Laffer