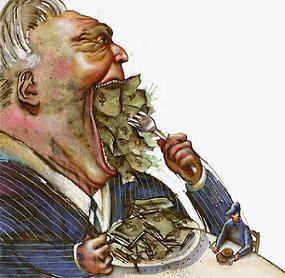 Like droids in Star Wars or robotic maids in The Jetson’s cartoon series, robots are more than likely to take jobs away from humans, according to an article in the Daily Mail.    BBC News carries it a step further by estimating that close to 60% of Australian jobs that exist today could disappear in the next 10 to 15 years due to automation and robots.

Automation not only offers better workers and cheaper manufacturing costs, but it’s continued growth will save companies at least 22% in labor costs by 2025, hopefully enticing manufacturing companies to return to American shores, according to Boston Consulting, who foresees humans eventually holding only high-tech and management jobs.

I think they are trying to tell us that we should get use to unemployment. If business can do the job without humans, they will. And, if the only jobs left to humans will be in management or technical fields, where does that leave the majority of humans? And please don’t think that you can beat the odds by getting a college education. Politicians and corporations have already found a means to skirt that – It’s called the H-1B Visa guest worker program, which serves as a tool for many employers to manipulate the labor market and hold wages down by avoiding American workers.

Disney was recently under the gun when it became known that they had fired 250 American workers; forcing those workers to train their foreign replacements in order to receive a severance package. But Disney isn’t the first and they will not be the last.   A major U.S. IT company hired by the state of California to create and manage its $200 million Employment Development program  uses mostly guest workers from India. Five hundred American workers were let go at Southern California Edison to be replaced by workers from India.   Northeast Utilities in Connecticut brought in more than 200 foreign workers to take American jobs. Others companies that have replaced US workers with foreign workers are Fossil, Pfizer, Harley Davidson and Cargill.

Tech companies like Microsoft, Intel, Google and Facebook claim that they need hundreds of thousands of foreign workers to fill jobs because American colleges can’t crank out STEM workers fast enough. But that’s a lie. There is no shortage of qualified American workers to take these jobs.   According to Hal Salzman, professor of planning and public policy at Rutgers University, “They may not be able to find American workers at the price they want but I’m not sure that qualifies as a shortage, any more than not being able to find a half-priced TV. The real problem is the industry’s desire for lower wage, more exploitable guest workers, not a lack of available American staff.”

During the first three months of last year, seven American tech companies spent $13.8 million to secure Senate votes on a proposal that would have dramatically expanded the temporary visa program and green cards for foreign tech workers. This year they handed the ball to Senator Orrin Hatch who has introduced legislation to double or triple the number of foreign tech workers allowed under the H-1B visa program.

What they are doing in the Tech industry is no different from what Obama’s policy to not enforce American immigration laws did to the construction business. Why pay descent wages to American workers when you can hire a truck load of illegals at half the cost?

H-1B rules allow employers to displace and replace U.S. workers with foreign tech workers if the foreign workers holds a master’s degree or is paid over $60,000, which is well below the average wage local employers pay for workers in similar jobs. Many of the workers replaced at Disney, SCE, NE Utilities, Harley Davidson, etc. earned $100,00 a year or more.

The H-1B program does not require companies to search for or hire U.S. workers first. In reality, the program is being used repeatedly by corporations to fire and replace U.S. workers with cheaper, indentured, temporary foreign workers, thereby increasing corporate profits at the expense of thousands of American families.

The STEM job market is mired in a job recession with unemployment rates two to three times what we would expect at full employment. At a 2011 Senate Judiciary Committee, Ronil Hira, professor of public policy at Rochester Institute of Technology testified that “Loopholes, created by greed, have made it far too easy to flood the U.S. job market with foreign workers with ordinary skills to substitute for, rather than complement, American workers.”

“Employers’ request for the limited number of H-1B visas that allow foreign skilled workers to work and live here has wildly exceeded the supply. After all, the visas allow employers to hire foreigners, rather than bid up wage rates to attract American citizens or incur the cost of training Americans to do the job. And the visas are free.” Irwin Stelzer

← Fake Climate Change
The ‘Confederate Flag’ Never Called Me a Nigger: But Blacks and Liberals Have →