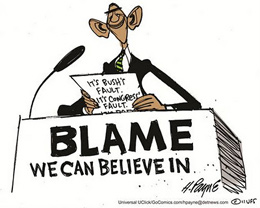 I’m proud to be an American. That doesn’t mean I have an idyllic, Pollyannaish view of America’s role in the world. Of course we have defects. Of course we’ve made mistakes. It could hardly be otherwise in a fallen, uncertain world. Nevertheless, the weakest and most vulnerable are still better off when America is strong, confident, and willing to stand up to bloodthirsty men who would rule the world through fear.

We know terrorists have  America in their sights.  We know we’ve managed to raise a generation of ignorant snowflakes scared of their own shadow.  What American needs now is strength, not self-indulgent simpering masquerading as introspection.  I therefore call on those self-loathing compatriots to find another outlet for their insecurities.  For those not so proud Americans I offer the following suggestions:

Skip the Turkey – Thanksgiving is a wonderful holiday in which we remember the people who risked everything to help build a free society and give thanks to God for all his bounty.  If you’re not pleased with the results, why celebrate? Put down the pumpkin and convert Thanksgiving into World Cultures Day, where you can enjoy some borsht, paella, or Szechuan beef while reading excerpts from the Quran or Bhagavad Gita.

Burn Your Sports Paraphernalia – Americans have created some amazing sports, many of which are now beloved the world over. Basketball has made substantial inroads into Europe and Asia. The World Baseball Classic proves  that top-notch baseball is played in many countries across the globe. Meanwhile, the homeland remains the stronghold of the world’s single greatest sport: American football. If you’re ashamed of America’s influence on the world, you’ll probably want to avoid these. Burn the jerseys and the No. 1 fingers! Quit your fantasy teams! What kind of person takes pleasure in a signature accomplishment of the Worst Nation on Earth?

Boycott Small-Town Parades – This is especially imperative on the Fourth of July. You know the sort of thing: ticker-tape floats with beauty queens, high-school marching bands and kids waving tiny flags. To an anti-America American, small-town parades are a disgusting cesspool of Americana. Skip them and curl up with a Theodore Dreiser novel instead.  Also to be avoided: flea markets, bowling alleys, and state or county fairs.

Quit the Kiwanis Club – Americans have always distinguished themselves by their penchant for voluntary associations. Alexis de Tocqueville noted this, and while voluntary associations may have fallen off a bit since Tocqueville’s day, we still have an impressive number from the American Legion to the Knights of Columbus to Little League. We also have lots of voluntary giving of time and money. If you’re souring on the United States, show it by sitting out the next Parent-Teacher Association meeting.

Stick To Opera – America is a paradise of amazing fusion music. We can thank the American South for jazz and blues, while bluegrass combined those influences with Celtic instruments to make another spirited American musical style. Rock, hip hop, techno, barbershop, and gospel music should probably also be stricken from your playlists.

Lighten Up On Personal Hygiene – Americans are a very clean people.  We have an ongoing love affair with deodorant and we frown on (public) bodily emissions that many other cultures take far less seriously. If you’d like to be less American, try skipping a shower, or putting some distance from your Speed Stick.  But realize when you do that, most Americans will avoid you!

Stay Away From Texas – You might be able to hunker down in certain enclaves of Austin, but basically, Texas oozes America from every pore.

Spit On A Tree – Americans aren’t the only nature-lovers in the world, of course, but we are awfully enthusiastic about it. Multiple times I’ve found myself abroad, explaining in broken Foreign (aka, some language that isn’t English) that yes, I’m looking for a trail just for the walking! It’s not about getting to a particular place! (Not every culture appreciates hiking.) Or I might be trying to explain that yes, we actually want to sleep outside under the stars and cook over a fire. Americans do this for fun!  It makes sense that we would appreciate our Great Outdoors. From the Shenandoah Valley to the Grand Canyon to the majestic Rockies, we have a lot of beautiful nature on these shores.

Don’t Smile Too Much – You notice while traveling abroad that Americans are very smiley. We grin at strangers on streets and beam at cameras. A stranger is a friend you’ve never met! Except not for you, anti-Americans. Turn that smile upside-down. You’ll feel that angst draining out of you in no time.

Watch a Telenovela – You  could also do “Spirit of the Beehive” or “Flowers of Shanghai” if that’s more your speed, but sitcoms, Hollywood films, and musicals are obviously offensively American, along with Westerns and a host of old standards. Hitchcock? Sinatra? Forget about it.

Drawing on this list, America skeptics should be able to vent their hostile feelings without running for office, or leaving motivators sprinkled all over the Internet for foreign terrorists to enjoy. No need to help terrorists ruin things for everyone. It’s easy enough just to ruin them for yourself.