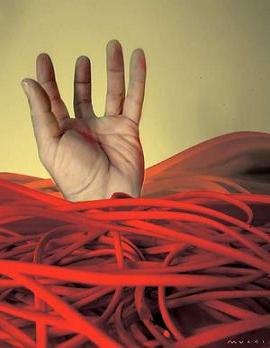 Too many government regulations today are pointless and prevent us from doing our jobs according to Charles Murray, the W.H. Brady Scholar at the American Enterprise Institute. In his latest book, By the People: Rebuilding Liberty Without Permission, Murray advises that the best way to overcome is simply ignore them.

America is no longer the land of the free. We are still free in the sense that Norwegians, Germans and Italians are free. But that’s not what Americans used to mean by freedom. The “sum of good government,” according to Thomas Jefferson’s first inaugural address, was one “which shall restrain men from injuring one another” and “shall leave them otherwise free to regulate their own pursuits of industry and improvement.”  Americans were to live under a presumption of freedom.

The federal government remained remarkably true to that ideal, until the election of Franklin D. Roosevelt. With his New Deal and the rise of modern regulatory state, our founding principles was subordinated to other priorities and agendas. What once made America unique blurred, then faded, and today, is almost gone.

We now live under a presumption of constraint.  Put aside all the ways in which city and state governments require us to march to the beat of their drummers and consider only the federal government. The number of federal crimes you could commit as of 2007 (the last year they were tallied) was about 4,450, a 50% increase since 1980. A comparative handful of those crimes are “malum in se”—bad in themselves. The rest are “malum prohibitum”—crimes because the government disapproves.  Obama alone has added 11,327 pages of regulations to control every aspect of our lives.

Laws setting out these crimes are often so complicated that only lawyers, working in teams, know everything that the law requires. Everyone knows how to obey the laws against robbery but no individual knows how to “obey” laws such as required under the 1,024 pages of ObamaCare, or the 2,300 pages of Dodd-Frank, etc.  We don’t obey – we submit.

And it just isn’t those laws passed by Congress. In 2013, the Code of Federal Regulations numbered over 175,000 pages, only a fraction of which involved regulations spelled out in legislation.  Since the early 1940s, Congress has been permitted by the Supreme Court to give power to regulatory agencies to create rules that are “generally fair and equitable” or “just and reasonable” or that prohibit “unfair methods of competition” or “excessive profits,” and then leave it in the hands of a bunch of unelected bureaucrats to make up any regulation they want to serve those lofty goals.

And it only gets worse. If a regulatory agency comes after you, forget about juries, proof of guilt beyond a reasonable doubt, disinterested judges and other rights that are part of due process in ordinary courts. The “administrative courts” through which the regulatory agencies impose their will are run by the regulatory agencies themselves, much as if the police department could make up its own laws and then employ its own prosecutors, judges and courts of appeals.

Regulations that waste our time and money are bad enough. Worse are the regulations that prevent us from doing our jobs; regulations that impede architects from designing the most functional and beautiful buildings that would fit their clients’ needs, impede physicians from exercising their best judgment about their patients’ treatment, impede businesses from identifying the best candidates for job openings, or place teachers under regimes that prescribe not only the curriculum they must teach but how they must teach it.

The regulatory state is the Wizard of Oz: fearsome when its booming voice is directed against any single target but, when the curtain is pulled aside, revealed as impotent to enforce its thousands of rules against widespread refusal to comply.  Murray’s best advice: Withhold compliance through systematic civil disobedience, not for all regulations, but for those pointless, stupid and tyrannical regulations.

Because there are so many, identifying precisely which regulations are pointless, stupid or tyrannical would definitely be a lengthy process, but categories that should come under strict scrutiny include regulations that prescribe best practice for a craft or profession; restrict access to an occupation; prohibit owners of property from using it as they wish; prescribe hiring, firing and working conditions; and prevent people from taking voluntary risks.

Regulations regarding nuclear weapon safety is a must but prescribing how much times a worker in a nursing home must spend with each resident each week is stupid. Licensing a doctor or airline pilot is a necessity but shouldn’t we rely on the free market to deal with incompetent barbers, interior decorators or manicurists?  Restricting the use of property makes sense if the proposed use would affect others by polluting air or water but it should be okay to ignore the EPA when it uses a nonsensical definition of “wetlands” to forbid you from building a home on a two-thirds-acre lot sandwiched between other houses and a paved road.

Employers should not be free to ignore regulations that really do involve the exploitation of workers or unsafe working conditions. But there’s no reason for the government to second-guess employer and employee choices on issues involving working hours and conditions that don’t rise to meaningful definitions of “exploitation” or “unsafe.”

Worried about the government coming after you if you refuse to obey?  Murray has an answer for that as well. Read the balance of his essay at this link.

“If you do not fight for the right when you can easily win without bloodshed; if you will not fight when your victory will be sure and not too costly; you may come to the moment when  you will have to fight with all the odds against you and only a precarious chance of survival.  There may even be a worse case.  You may have to fight when there is no hope of victory because it is better to perish than live as slaves.”  Winston Churchill