The left has been pushing for several years for Obama to use an executive order to institute “economic patriotism.” Sounds innocent enough,  right?  The economy sucks and patriotism is good!  But then again, maybe it isn’t good, at least not when it comes from the mouth piece of the far left.   Economic Patriotism is government control of the economy, labor and capital formation, even if it means placing undue restrictions and new taxes on the sector that creates jobs.   It is a means, not to benefit society, but to increase government spending and power. 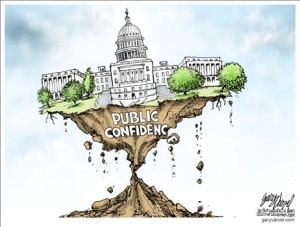 At a fund raising speech in Los Angeles several years ago, Obama laid out the beginning of what he hoped will keep Democrats in power – Casting corporations [job creators] as the enemy.  He accused many of “technically renouncing” their US citizenship to keep their business profitable, of using tax loopholes to evade taxes, of being unpatriotic.

Funny how that works.  When his best bud and large donor Jeffrey Immelt moved GE manufacturing jobs to China, Obama was virtually silent on the issue.  And of course, he conveniently forgets minor details like the fact that it was Congress that gave all of these fabulous tax loopholes to corporations that “donated” to their favorite charities – themselves.  It was also Congress that pushed tax incentives for American corporations to ship American jobs overseas.  Minor details!

If paying Corporate taxes defines patriotism, American businesses are bleeding red, white and blue. At a tax rate of up to 40%, companies based in the U.S. pay the highest corporate rate in the developed world.  In 2013, they gave the IRS $312 billion, not counting federal payroll, estate, unemployment and excise tax. The current corporate tax code is a horrific, mangled 70,000 plus pages that mainly serve as a full-employment stimulus for creative bankers and accountants looking to game the system, which is why Congress will never fix it.

Corporations have a duty to their shareholders to reinvest profits into expansion, investment and research, not expand the federal government. The way to keep corporations, with their payrolls and prosperity in the U.S. is to make the tax system competitive.  Slashing the corporate tax rate to the amount paid by the average Swiss company, 22.4%, would, according to a recent study by S&P Capital IQ, create 10 million new jobs. And that’s a lot more than the jobs “created” by Obama’s $1 trillion stimulus bill.

When Lenin took control in Russia one of his first priorities was to destroy private enterprise, to make workers dependent upon the state and squash opposition.   As businesses tried to relocate to escape Communism, Linen labeled them as deserters, attempting to run rather than pay taxes to the state. They were a threat that must be reigned in.

Obama’s move, at least at this point, should be seen as mostly political. It makes good sound bites and gives the American public someone to blame for the lousy economy instead of him.   Or as Ben White at CNBC wrote, “the White House can bask in the glow of the economic patriotism without actually doing anything to make the U.S. a more competitive and hospitable place to do business.”

← What is the Third Amendment?
Colion Noir Talks Guns →