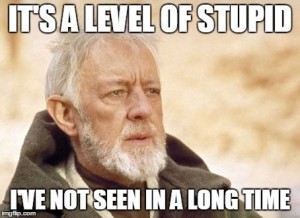 Should science play God to improve the human gene pool?  Is Germ-line Editing moral or ethical?

Germ-line is biologists jargon for the egg and sperm, which combine to form an embryo. By editing the DNA of these cells or of the embryo itself, some scientist believe it is possible to correct disease genes and pass those genetic “fixes” on to future generations, which has made the idea so objectionable to some.

A dozen countries, not including the U.S. or China, have banned it and scientific societies have unanimously concluded that it would be too risky to do. The EU’s convention on human rights and biomedicine says that tampering with the gene pool would be “a crime against human dignity and human rights.”

In 2015, a 16 person Chinese team based at Sun Yat-Sen University used germ-line technology known as CRISPR-Cas9, to modify “abnormal” fertilized human embryos obtained from an in vitro fertilization clinic to see whether they could correct a specific genetic defect. CRISP-Cas9, in theory, harnesses a cell’s own DNA repair machinery to correct genes by guiding a cutting protein to a particular site on the DNA molecule, chopping it open, and providing a repair template in the hopes that the DNA will mend itself using the healthy sequence provided. While it sounded good in theory, the researchers discovered that an embryo sometimes ignored the template and repaired itself using similar genes from its own source, leading to unintended mutations.

At least four centers in the U.S., including a biotech company called OvaScience, based in Cambridge, Massachusetts, are working with CRISPR in the hopes of producing children free of specific genes involved in inherited diseases. Considering the research in China, one must wonder how many human embryos their research has destroyed and how many mutations they have “created.”

Centers in the U.S. have taken a different approach that combines CRISPR with stem cells, believing they will be able to use this to produce eggs and sperm in the lab. What they are suggesting is that they can edit the genes of the lab produced (artificial) stem cells before turning them into an (artificial) egg and sperm, thereby producing an artificial offspring.  What would you even call that?

This technology is being pushed as a means for parents to “determine when they will be pregnant and how healthy” their children will be. Isn’t that a variation on the same argument they used to push for the “right to murder unborn babies?  Still others push it as a means to “transformative changes in human well-being with consequences to people’s life span, identity and economic output. Wow, will that argument hold up especially with all the left wing nuts screaming we are destroying the planet by living too long?

Some scientists question that if this is perfected,  children become the subject of experiment. While that is bad enough,  I’m more concerned that Germ-line engineering will enshrine the Hitler theory of superior traits and encourage even more so-called parents to murder children that are less than their perceived desires. Of course they already do that with abortion, don’t they?

The AMA holds that germ-line engineering shouldn’t be done “at this time” because it “affects the welfare of future generations” and could cause “unpredictable and irreversible results”. I hold that it should never be done. There are moral and ethical implications to playing God.

Aldous Huxley’s novel, Brave New World, begins with a guided tour though the “Central London Hatchery and Conditioning Centre,” where both biological and social reality are engineered, where individuals are conceived on assembly lines, customized according to predestined classes, then cloned in huge batches. Biological reproduction gives way to genetic replication; babies emerge not from a womb but from a petri dish, where parents are replaced by technicians. This brave word is one of complete dehumanization where there is no love, no family, no marriage, no long-lasting bonds, religion or spirituality.  The only allegiance individuals have is to the state and the pleasure drug – Soma.

Huxley’s Brave New World is becoming all too real!!!!!!