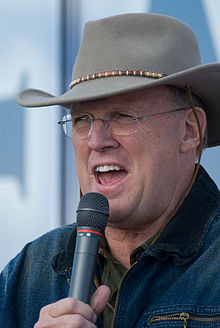 Neal Boortz is an American radio host, author and political commentator, based in Atlanta, GA., and a ‘confirmed Libertarian.’

Boortz radio show, rankes 7th in overall listeners with 4.25 million per week, centers on politics, current events, social issues, and many controversial topics. Boortz refers to himself as an “Equal Opportunity Offender.”

His latest post, ‘Why taxing the rich brings poor results”, Boortz tries to enlighten the unenlightened.

Obama wants to raise the taxes on those making over $250,000 a year. The 2006 Census stats show that 2.2 million households are in this category. Each of these households would have to pay an average of $500,000 in federal income taxes to cover Obama’s projected deficit of $1.1 trillion for 2012.

If the million dollar earners were to eliminate the deficit with just tax increases, they would each have to pay $6 million.

If the government took every penny of profit from the Fortune 500, you would have another $400 billion to spend, which pays government until almost the end of June.

Anyone believing that Obama wants to raise taxes to help benefit the low income people in this county; are living in a fairy tale. You haven’t, nor will you ever see a nickle of it.

It’s true, Obama wants to redistribute the wealth, but that means from our pockets to his and his associates, while using the money to collaspe our economy and convert freedom into socialism. Continuing to buy into Obama’s lies equals,  “PLEASE, COME INTO MY PARLOR”, said the spider to the fly. “You can TRUST ME!”

← So, The Current Administration Cares About Jobs?
Next FCP Meeting →