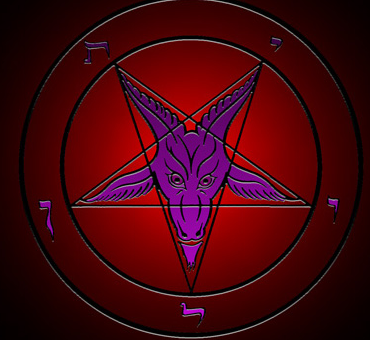 Helena P. Blavatsky is widely regarded as the high priestess of the modern New Age Movement.  She founded the Theosophical Society in New York in 1875.  The Theosophical Society taught arcane knowledge (Gnosis), the universal brotherhood of mankind and unity among all religions, except Christianity, Islam, and Judaism which she insisted could not be reconciled with what she termed “individual enlightenment.”

Blavatsky damned God as capricious and unjust who was nothing more than the God of the Israelites.  In her view the Scriptures were wrong, it was Lucifer who was the good and just god, victimised by the harsh and unjust God of the Israelites.  She reasoned that Satan/Lucifer is god the creator, the savior, the father and that Jesus is the first born brother of Satan.  She wrote that “Satan, the serpent of Genesis, is the real creator and benefactor, the father of spiritual mankind” for it was “he who opened the eyes of the automaton (Adam) created by God” and still “remains the ever loving messenger who conferred on spiritual instead of physical immortality.”

Blavatsky claimed to have experienced astral projection and the ability to communicate with the spirit world.  Her books, ‘Isis Unveiled” and “The Secret Doctrine” were channelled through her by the ‘Masters of Wisdom”, Tibetan holy men.   In the Secret Doctrine she wore that “Lucifer represents life, thought, progress, civilization, liberty, and independence.” She explained that “The celestial Virgin which thus becomes the Mother of Gods and Devils at one and the same time, for she is the ever loving beneficent deity, but in antiquity and reality, Lucifer or Luciferius is the name.  Lucifer is the divine and terrestrial light, the Holy Ghost and Satan at one and the same time.”

If you are interested in reading Blavatsky’s books you can still order them or perhaps find them at your local library.   Parts of her book “The Secret Doctrine” can be read here.

Annie Besant, a militant feminist and member of the Fabian Socialist Society of England took over the reigns of leadership after Blavatsky died.  Besant was friends with George Bernard Shaw, H.G. Wells and other leading Fabians,  took part in revolutionary street riots and wrote numerous occult works to complement those of Blavatsky.

Then Alice Bailey and her husband, Foster Bailey came on the scene.  They assumed the leadership of the Theosophical Society together and built the foundations of what we now call the New Age Movement.  They created the Lucifer Publishing Company, later called the Lucis Publishing Company and began publishing the  Theosophical Society periodical ‘Lucifer’.   The Lucis Trust continues to serve as the umbrella organization for a number of One World Government, New Age Occult sects, cults and the New World Religion – Arcane School, World Goodwill, Triangles, Lucis Publishing, Lucis Productions, Lucis Trust Libraries and the New Group of World Servers.

The ‘Plan’ as revealed to her in a trance by her ‘ascended master’, Djwhal Khul, is documented in her books.  The Plan was to usher in the ‘Harmonic Convergence’, aka Omega, Mind Convergence, Fusion or Turning Point, which can occur only when nations put aside their differences in a New World Order of global unity.  When world government and religion are finally realized, the New Age (Age of Aquarius) will have dawned.  Only then will the Avatar appear and the implementation of the New World Order fully begins.  Her Christ is known as Lord Maitraya, said to be awaited by the Jews, Muslims, Buddhists and Hindus.  “the spirit has gone out of the old faiths and the true spiritual light is transferring itself into a new form which will manifest on earth eventually as the new world religion.  Judaism is old, obsolete and separative and has no true message for the spirtually minded.  Christian faith has served its purpose; its Founder seeks to bring a new gospel and a new message that will enlighten all men everywhere.”

You can read Bailey’s book on line at this link.

By now you are probably wondering what the New Age Movement has to do with environmentalism.

The powerful and wealthy that belong to this movement, from bankers, industrialists, politicians, and celebrities, are leading the environmental movement, in conjunction with the United Nations.

To quote Alice Bailey,  “Evidence of the growth of the human intellect along the needed receptive lines [for the preparation of the New Age] can be seen in the ‘planning’ of various nations and in the efforts of the United Nations to formulate a world plan. . .From the very start of this unfoldment, three occult factors have governed the development of all these plans.  Within the United Nations is the germ and seed of a great international and meditating, reflective group – a group of thinking and informed men and women in whose hands lies the destiny of humanity.  This is largely under the control of many fourth ray disciples, if you could but realize it, and their point of meditative focus is the intuitions or buddhic plane – the plane upon which all hierarchical activity is today to be found.”    Read “Alice Bailey and the United Nations” here.  (You must click on Who’s Pulling The Strings, One World, and Goodwill to read the entire article).