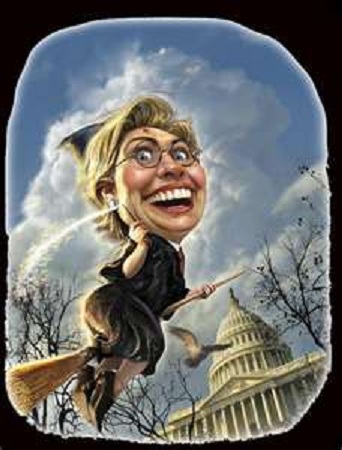 In previous articles, I wrote that the ‘Operation Fast and Furious’ scam was about blaming the honest citizen for illegal weapons sales, and the true reason for the scam was to enact gun control leading to the confiscation of firearms from the American people.

It seems the old blow-hard anti-American pro-Communist Liberal Socialist Progressive Hillary Clinton would like nothing more than to rip us of our Constitutional Rights To Keep and Bear Arms.

Hillary is pushing for the Unites States to be a part of the global gun control law proposed by the United Nations, and Obama ‘The Job Killer’ is in full agreement.

“The Obama Administration will take its first major step in a plan to ban all firearms in the United States. The Obama White House intends to force gun control and a complete ban on all weapons for US citizens through the signing of international treaties with foreign nations,” according to journalist Joan Sharon.

The goal of the treaty is to come up with internationally recognized rules governing the trade of guns and ammo. The United States is the world’s largest exporter of arms.

Obama and his America hating administration are getting all their ducks in a row to wipe out the 2nd Amendment.

Keep voting these low-life bums in office and freedom will be just another word in the dictionary.

← Next Franklin County Patriots Meeting
ENERGY INDEPENDENCE IS AN ILLUSION →