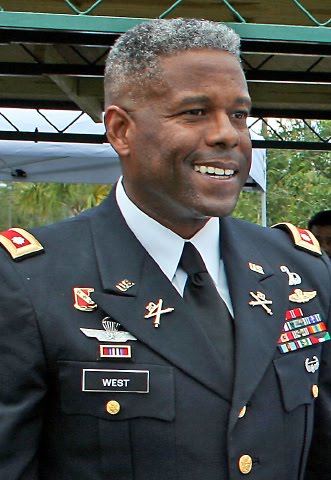 Representative Allen West, a highly decorated retired Army Lt. Colonel, was the keynote speaker at this year’s American National Conference and Legislative Briefing where he explained what America must do to win today’s battle against “Islamic Totalitarianism”.

Today’s paradigm of battle and combat operations is  completely different from what I experienced in 1982 when I was commissioned as a young lieutenant in the U.S. Army.  At that time, the battlefield was much simpler.

In broad strokes, there was the Soviet Union on one side and the United States on the other.  We were familiar with their tactics and equipment, and they with ours.  Both sides wore uniforms, and every now and then we would stage war games on border control missions.

That paradigm has completely disappeared, leaving in its place an asymmetrical battlefield with non-uniformed, non-state belligerents using unconventional weapons and tactics.  If the United States is going to be successful in protecting its citizens and interests, it must quickly understand and adapt to this new battlefield and be prepared for success and victory.

While America may lack an appropriate strategic level perspective, we will never lose at the tactical level on the ground because the United States has the best soldiers, sailors, airmen, Marines and Coast Guardsmen the world has ever known.  But without the correct strategic and operational goals and objectives, we will find ourselves on the proverbial hamster wheel.  No matter how much effort we exert on the wheel, we will not make forward progress.

To begin with, we must correctly identify our enemy.  It is frankly naive to say we are at war with “terrorists” because a nation cannot be at war with a tactic.  Imagine, if during World Ward II, the United States went to war against the “blitzkrieg” or the “kamikaze.”

Further, we cannot narrowly define the enemy as simply al-Qaida or the Taliban.  It is just as ridiculous to say we declared war against the 12th German Panzer Division or the 55th Japanese Infantry Regiment in World War II or the 7th Guards Tank Division during the Cold War.

Before the rise of al-Qaida, the terrorist group which had inflicted the most damage on the United States was Hezbollah.  Now Hezbollah has become a very capable military force, albeit one without state or uniform – so capable in fact, it has armed missiles within striking distance of every city in Israel.

The Obama administration has failed to identify Hezbollah as an enemy.  On this 21st century battlefield we are not fighting against a single organization, 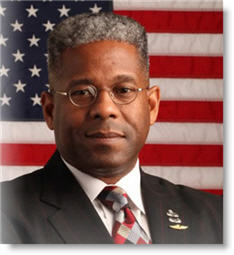 leader or nation.  We are fighting against the ideology of Islamic totalitarianism, manifested at a tactical level as terrorism, which knows no country and recognizes no borders.

Until we, as a nation, are able to correctly and openly identify our enemy, we will continue to put our men and women on the ground in harm’s way without a clear mission for success.   Once we have identified the enemy, we must ensure we have clearly identified the specific strategic level objectives to effectively fight. I believe there are four.

1.  Deny the enemy sanctuary.  The number one asset our military has is strategic mobility.  When that is curtailed by a focus on nation-building or occupation-style warfare, we eliminate our primary advantage, and worse, our military forces become targets.  Because this enemy has no respect for borders or boundaries, we must be willing to take the fight directly to him.

3.  Win the information war.  Unfortunately, the enemy is far more adept at exploiting the power of the Internet, broadcast media and dissemination of powerful imagery.  In addition, I fear our media now sees itself as an ideological political wing.  If we cannot fully use our own national information power as an asset, we will lose the strategic battle, if not our country.

4.  Cordon off the enemy and reduce his sphere of influence.  We must shrink the enemy’s territory, but we are not being effective.  We are allowing, if not welcoming, the enemy into the United States.  What happened with Maj. Nidal Hasan, the alleged Fort Hood shooter, should not have happened in this country.  We must not turn a blind eye to a very bold enemy who is telling us exactly what he wants to do and is willing to bring the battle to our doorstep.

We must recognize that Afghanistan and Iraq are not distinct wars, but combat theaters of operation.  It is up to our elected leaders and our senior military officials to identify and agree on the correct strategic goals and objectives in order to be successful on these battlefields and others.  When we have a proper national security strategy, we will have a focused national military strategy, preparing the defense-industrial base to develop the right weapons systems for victory.

We must be mindful of the wise words compiled by Sun Tzu in “The Art of War” more than 25 centuries ago, “to know your enemy and to know yourself and to know the environment and countless amounts of battles, you will always be victorious.”  If we do not understand this simple maxim,  we face dark days ahead.

For the sake of our nation, and of all nations who seek freedom for their citizens, we must clearly identify the 21st century battlefield and ensure we are victorious on it.