From the whitehouseinsider  – The First Lady is being prepped as one of the few assets for the re-election campaign but those inside know she is as big a potential liability as anything associated with the administration. They are using her in controlled environments only. 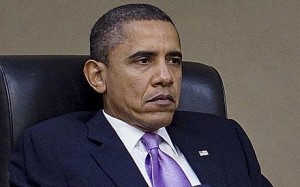 That’s the dynamics of this White House. They are crumbling in amongst themselves. The donors, as I have been repeating to you for months, are getting more agitated and concerned each day. The president is being cornered and he doesn’t appear to have much fight left in him. Don’t take that as me being confident though. That makes him more dangerous than ever.

He still has his hardliners around him. They will not give this up. Jarrett will break him apart if needed. Too much money on the line. They owe people. Pulling the plug is not an option for them. And while we have been working up the primary challenge against the president in the fall, I am hearing those bast#*ds have been attempting to install a 3rd candidate scenario to split the vote. Not just idle talk, but actual negotiations having taken place. If they pull that off, well, I don’t know. We had not prepared for that scenario. It’s a long shot for them, but it put a scare in me. In all of us.

Apparently a 3rd party candidate is, and has been in play by a group calling itself Americans Elect (AE), describing itself as a massive grassroots ‘non-partisan, non-profit organization, claiming millions of citizens want to draft a third party candidate because deep political divisions keep big problems from being solved.

However, AE’s voting process has been called into question and there are concerns the organization’s bylaws may allow the group’s board members to bypass votes and nominate their own candidate. Being certified and raising more than $22 million thus far, they have been placed on 12 state ballots including California.

This June, AE wants to hold it’s own convention on the Internet selecting their independent president and vice-president.

AE, after their funding was questioned, changed it’s tax status in late 2010 to a 501(c)(4), or social-welfare organization, which is not required to show its donor list.

Prior to the 2010 tax status change, AE’s 1.5 million + came from Peter Ackerman, a venture capitalist, Unity 08 Activist and Obama donor.

Ackerman reportedly gave a total of at least $5 million in seed money to AE.

Other donors are unknown.

After reviewing AE’s board, WND found multiple ties to Obama.

On Americans Elect’s website they say pick a president, not a party.

Another deception liberals and progressives want you to swallow. You can bet it won’t be the people’s choice; it will be their choice, and will be someone who will pull votes from the Republican Party, to insure another 4 years of job killing, wanta’be Dictator Obama.

SAVE AMERICA. Send Obama back to Chicago in 2012; or better yet, to Saudi Arabia, which he seems to admire so. He can get plenty of exercise bowing.