The two pillars of political correctness are 1) willful ignorance and 2) a steadfast refusal to face the truth. 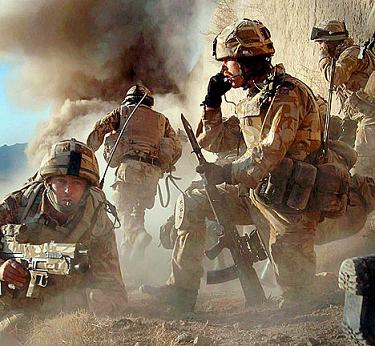 On April 27, 2011, Colonel Ahmed Gul entered the air command headquarters in Kabul, pulled a 9MM Smith and Wesson and began shooting. His  target – Americans, 8 U.S. Airmen and 1 civilian whom he shot multiple times.   Gul then did us all a service  and shot himself.    Prior to dying from self inflicted wounds, Gul wrote on the wall, in his own blood, “Allah  is One” and “Allah,  in Your Name” in Dari, a Persian dialect spoken in Afghanistan.

An unidentified Afghan told investigators that Gul had lived in Pakistan for about 18 months and upon returning to Afghanistan in 2008,  told anyone that would listen that he came back to KILL AMERICANS.

There is no reliable way to distinguish between a peaceful Muslim and a jihadist  – until it’s too late.

Dr. Antonio Maria Costa, former head  of the U.N. Office on Drugs and Crime, warned the Coalition that Taliban sleeper cells had been set up in the Afghanistan army.  But, like in  the Vietnam “police action,”  it is not always easy to distinguish between enemies and friends.  The same is true for our troops in Afghanistan.  As an example, in  2010 an Afghan policeman killed 6 U.S. soldiers near the Pakistani border.    In December of last year a rogue Afghan soldier killed 4 French soldiers at a base in the Kapisa province.  The Taliban claimed responsibility  for this attack and said that the soldier, Abdul Mansour,  joined the “puppet army” for a “specific purpose.”

Infiltration of the security forces by Taliban sympathizers is a major threat to our security.  Knowing all of this wouldn’t you think that our military would own up to the fact that the April attack at air command headquarters in Kabul was a terrorist attack?

The official U.S. Military investigation , dated September  2011, but only released this month,   found no evidence that Ahmed Gul had any ties to the Taliban.  They seemed to want to place the blame for the murders on Gul’s financial and personal problems even while admitting”

Is this new politically correct culture, Obama has sanitized every defense document – the word radical Islam doesn’t appear anywhere.  It seems as if  he believes that if we eliminate the words Islamic Terrorists they will cease to exist.  We are  attempting to fight a politically correct war – a war with an enemy Obama is unwilling to identify –  an enemy that doesn’t worship at the altar of political correctness.   Terrorists don’t play by the same rules – they see our political games as a sign of weakness to be used against us.

As  a result of our government’s sensitivity to all things Islamic, the Army has published a new, special handbook for soldiers that seemingly justifies Islamic jihad by describing it as the “communal military defense” of Islam and Muslims when they are threatened or under attack.

This new  handbook was created to help soldiers become “culturally literate” ambassadors with sensitivity and understanding of Islamic civilizations.  The section on jihad is interesting because it’s described as a wide-ranging term that includes the everyday spiritual and moral struggle to live a life submitted to God, the attempt to spread Islam by education and example, and the communal military defense of Islam and Muslims.  At the end of each section, there is a question to supposedly stimulate “critical thinking”.  At the end of the jihad section the question is:  “How can the concept of jihad add legitimacy to the claims and aims of Al Qaeda and others?”  What a joke.   Read “Culture Cards: Afghanistan & Islamic Culture” here.  (pdf file)

How many more soldiers will  sacrifice their lives before we face the truth.  The lives of our troops are more important, or at least should be more important, than appeasing terrorists who are bent on our destruction.

“The failure to identify our enemy for what it is – violent Islamist extremism – is offensive and contradicts thousands of years of accepted military and intelligence doctrine ‘TO KNOW YOUR ENEMY’.”   Senator Joe Lieberman

← Then And Now
Obama’s Influence →