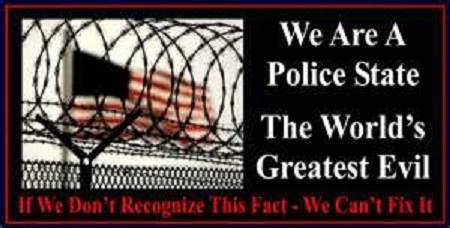 Warning: Be Very Careful What You Say To A Doctor, or to anyone for that matter.

David Sarti, a good-old boy from Tennessee, who had recently appeared on NatGeo “Doomsday Preppers”, had his doctor not only betray a confidentiality, but took it upon himself to destroy this man’s life.

David made an appointment in Nov. 2011 with Dr. Andre Olivier, Cardiologist, due to a suffocating feeling in his chest. Dr. Olivier sends him to Murphysboro for test. Six weeks later after not heard from Dr. Olivier, David called and another appointment was made to discuss his test results.

Dr. Olivier told David there was nothing wrong with his heart but suggested they could cut a hole in his throat, putting a tube in place. David responded why not just let him go because he did not want to live with tubes hanging out of him. [I take this remark as meaning, I would rather die from the illness rather than live with a tube hanging out of my throat.]

For some reason the doctor made reference to suicide.

David said Dr. Olivier was laughing so he thought the doctor was joking. David, said he was a Christian and suicide was out of the question. Having a wry sense of humor, David added, “Why not just put a sheet over my head and run through the projects.”

Olivier then suggested David go to the emergency room, but David declined saying he didn’t have time as he had animals to feed. [David has goats and dogs]

He proceeded to tell the doctor he wasn’t going to kill himself, flatly refused to go to the emergency room and left to return home.

Within 15 minutes of his arrival, the sheriffs office showed up, confiscated his firearms, and BY FORCE took David to the emergency room. Once there, David said he co-operated with doctors and staff, but after 2 hours, and being made to feel like a prisoner, he stopped co-operating refusing his blood pressure to be taken or anything else.

He was then placed in Rehabilitation Center at McFarland Specialty Hospital (McFarland Hospital) for observation. He was appointed an attorney 2 days later, and waited 4 days for the required judge to arrive to hear his case. David reiterated to the attorney and the judge that at no time did he ever say he wanted to commit suicide, that he was a Christian, and suicide was out-of-the-question.

David was released and found psychologically competent, and non- suicidal; only indigent. [Last time I checked being poor was not classified as a crime.]

When released, his attorney had conveniently left on vacation, and the judge refused to return his firearms BECAUSE, he had been in a mental institution.

The judge then informed David that only Bill Haslam, Governor of TN could help him get his rights back, though Haslam told David he couldn’t do anything about it. Truth is, he didn’t want to.

State Senator Beavers is also ignoring David’s cries for help, even though David worked on both Haslam and Beavers’ campaigns to help get them elected.

David said, “They have taken away the only sport I cared about; target practicing. The State of Tennessee and a Cardiologist have ended the need for me to prep. To a person of my political beliefs this might as well be life in prison.”

My first question is who died and made this doctor God? My second, who’s payroll is he on?

Obama, Eric Holder, and Hillary Clinton want to do away with your 2nd Amendment right. What better way than use physicians to help accomplish their goal.

Dr. Olivier violated doctor-patient confidentially, the state of TN confiscated his firearms without just cause, and now David is on the NICS (National Instant Check System) and can no longer qualify to purchase a firearm. All because Dr. Olivier, in all his mighty judgmental stupidly, ruined this man’s life, by having him committed.

And, just as a reminder, preppers, and people who cling to their guns and bibles are on Obama’s list of terrorist. Makes you feel warm and cozy doesn’t it?

← A Threat To Israel Is A Threat To America
Update: Planned Parenthood Encourages Children To Have Sex →