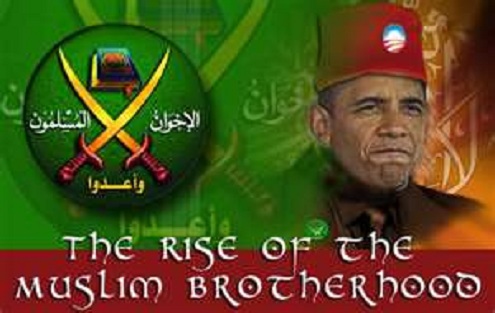 atlasshrugs – An internal FBI investigation into its counter terrorism training has purged hundreds of bureau documents of instructional material about Muslims, some of which characterized them as prone to violence or terrorism.  [They cleansed Jidah.]

You ain’t seen nothing yet. The Muslim Brotherhood and their jihadist brothers are on the march, emboldened by a pro-jihadist Obama adminstration.

Now “FBI officials say they are willing to consider a proposal from a coalition of Muslim and interfaith groups to establish a committee of experts to review materials used in FBI anti-terrorism training.”

“We’re open to the idea, but they need to submit a proposal first,” said Christopher Allen, an FBI spokesman who was at the Feburary 8th the meeting.

Groups at the meeting included the Islamic Society of North America, the Muslim Public Affairs Council, the Sikh American Legal Defense and Education Fund, the Interfaith Alliance, and the Shoulder-to-Shoulder campaign.

On May10, 2008, through Al-Manar TV, 6 months before Obama was elected, Lebanese Sunni Cleric Sheik Muhammad Abu Al-Qat’s rants about the end of America.

Sheik Muhammad Abu Al-Qat’: “Let me bring good tidings to the Muslims: Allah willing, the American empire will very soon collapse. They object to any talk about the destruction of the state of Israel.

Interviewer: “And they are celebrating its 60th anniversary…”

Sheik Muhammad Abu Al-Qat’: “That’s not the issue. We say that Allah willing, within 12 to 20 years, America will collapse. This won’t happen as a result of war. Not at all. Allah will send to America an American Gorbachev, from within. Gorbachev, who brought about the USSR collapse, was one of them. Everybody knows this story. An American Gorbachev will surface in America, and he will destroy this empire.”

← Our Next Meeting CORRECTION!!!
He’s No Martin Luther King →